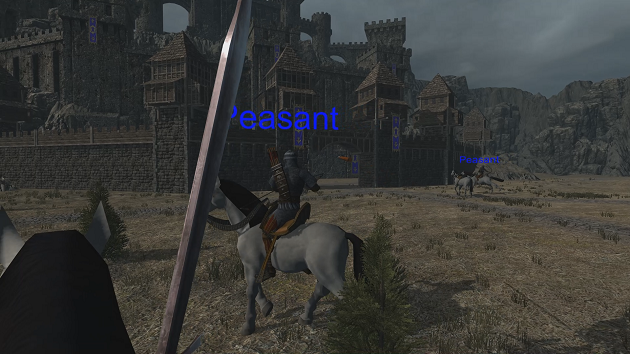 Indie developer Offpeak Games has been steadily progressing with its virtual reality (VR) compatible title Valiant over the course of 2015, since completing a Steam Greenlight campaign in January. The videogame supports both the Oculus Rift and the HTC Vive head-mounted displays (HMDs), and now the studio is looking to Kickstarter for help to complete the project.

Offpeak is looking to raise $15,000 AUD in crowd funding to help ready Valiant for release. The funding will go towards assets and game modes to expand the title. This is only the third time this year the developer has released any information about Valiant and its progress, the last time revealing early demo work with the HTC Vive headset back in September.

Valiant is a multiplayer horse combat title. Played from a first-person perspective players ride their horses into battle using lances, bows, swords and more to try and take down their opponent. Matches accommodate eight vs eight gameplay across large maps. The title has been designed with VR in mind but will also be compatible with standard monitors. A demo version of the titled can still be sampled over on the official Oculus VR Share for those with Oculus Rift DK2’s.

VRFocus will continue to follow the progress of Offpeak Games’ Kickstarter campaign closely, reporting back with the latest updates.