Oculus VR is lining up plenty of content for the launch of its Gear VR mobile-based virtual reality (VR) head-mounted display (HMD) tomorrow. Together with co-creator Samsung, the company is releasing brand new experiences from videogames to 360 degree videos and other services in time for the US release. Perhaps one of the most intriguing titles to launch on the platform in the past few weeks is Oculus Arcade, which lets users play classic titles on a virtual arcade cabinet. The obvious arcade gems such as Pac-Man are available for the device, but it maybe that a beloved Xbox title, Shenmue II, is also on its way to the software.

Reddit user WIF7 has spotted art (seen above) taken from a recent talk from the Oculus Connect 2 developer conference titled ‘Building Social, Game Services, and Commerce Into your VR Apps‘ with Oculus VR Software Engineer Adam Hupp. In the imgage the unmistakeable outline of series protagonist Ryu Hazuki can be seen. The image shows classic shoot ’em up, Galaga, being played on an arcade cabinet in front of the player but the art can be seen just behind it on the left. Some have assumed this was for the first tile in the series, but it’s actually taken from the second as seen below. Could Shenmue II really be coming to Gear VR?

Interestingly, the right side of the picture may also be suggesting that new Sonic the Hedgehog titles are also on their way to the device. Currently only Sonic the Hedgehog, Sonic the Hedgehog 2 and Sonic Spinball are available via Oculus Arcade, but the images to the right of the screencap also display an early render of the 2006 entry in the series on PlayStation 3 and Xbox 360 (seen below) as well as just a slither of the box art for Sonic Generations (also seen below).

All things considered these could all very well just be placeholder images given that many of these titles seem to be unlikely candidates for Oculus Arcade. Still, fans would no doubt welcome the chance to play any Shenmue title on Gear VR, especially with the long-awaited Shenmue III now in development. In fact, following the reveal of the new title, series director Yu Suzuki noted that he ‘loved’ the idea of combining VR with the franchise, though has no plans to do so.

VRFocus will continue to follow Oculus Arcade closely, reporting back with the latest updates on the kit. 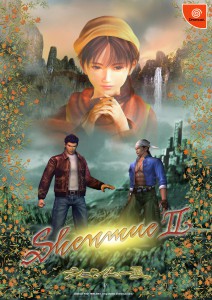 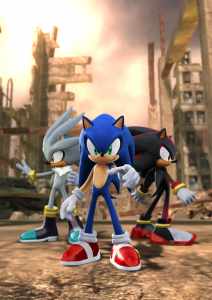 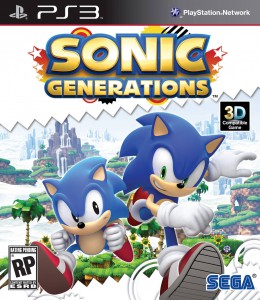