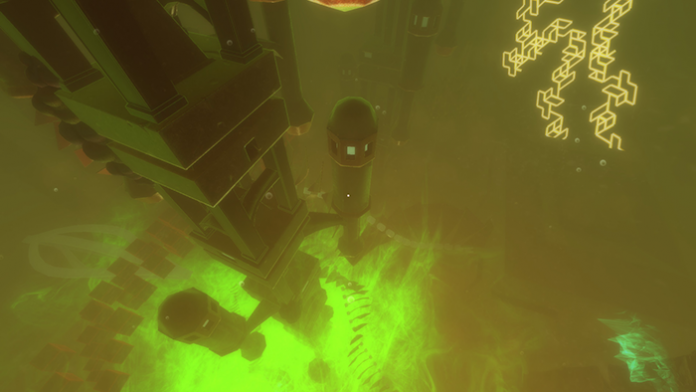 “You are not supposed to be here.” Booms an ominous voice as you enter the world of Alpha Wave Entertainment’s Euclidean – and you’re not. You’re really, really not. But you are, and you’re going to have to do something about it if you want to escape with your life and faculties intact. The bad news is that is decidedly unlikely. Your descent into madness has only just begun.

Subtitled A Game of Geometric Horror, the title takes you across time, space and other very hostile dimensions as you desperately try to avoid death at seemingly every turn.

Requiring an Oculus Rift DK2 head mounted display (HMD) and Runtime version 0.7 as a minimum, you can see a trailer of what awaits you beyond the veil below:

Don’t forget to join us on VRFocus throughout the day as we bring you all aspects of VR and AR news from videogames, industry news and creative technology applications in manufacture, education and services such as health.

The post New To VR: Can You Survive A Descent Into Madness In Euclidean? appeared first on VRFocus.