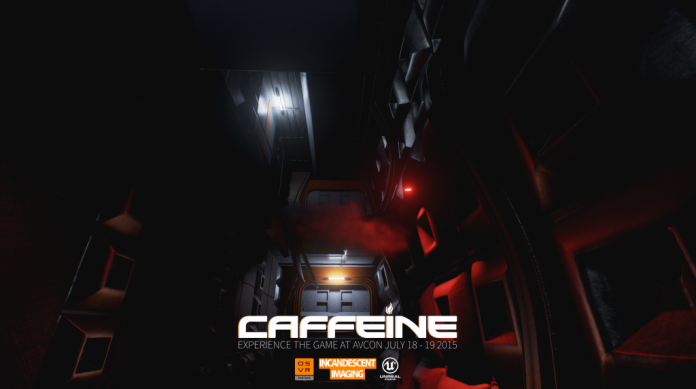 For today’s New To VR we’re off to the Steam store to bring you news on a title that we’ve talked about before on VRFocus and that has now been officially released on the service.

Caffeine is an episodic virtual reality (VR) compatible horror videogame from Australian-based developer Incandescent Imaging. Originally a singular title, Incandescent Imaging switched direction late last year to produce Caffeine as a three episode experience to streamline production for backers and it is the first episode that is now available to purchase.

Set in the not to distant future, in a world where humans have become hopelessly addicted to coffee Caffeine has you wake up as a young boy aboard an abandoned caffeine mining facility in space. You have no idea why you are there are or even how you got there and players are tasked with investigating the facility and discovering what has happened through solving puzzles and avoiding traps.

A first-person experience set built with Unreal Engine 4, the game offers VR support to the Oculus Rift. With future updates planned shortly to improve the experience.

You can find the release teaser for Caffeine Episode One below:

VRFocus will continue to follow Caffeine and will be bringing you all the latest news and updates including information about future episodes as we get it.

The post New To VR: Caffeine Episode One Brings A Cup Of VR Gaming To Steam appeared first on VRFocus.