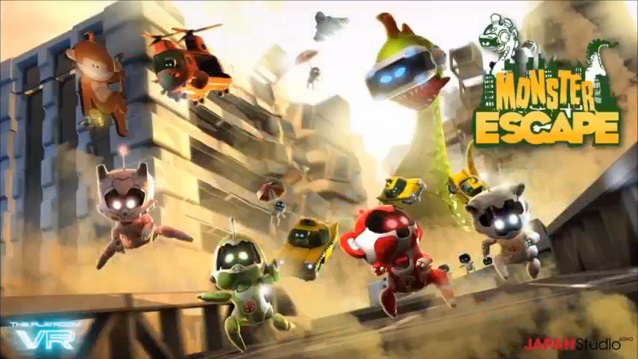 After yesterdays press conference by Sony Computer Entertainment Korea, Inc. (SCEK) which revealed new titles coming to the PlayStation VR head-mounted display (HMD), new artwork has been released for The Playroom VR. The title is a collection of virtual reality (VR) mini-games that will be available when the HMD launches.

The Playroom VR under development at SCE Japan has showcased number of its mini-games so far including Monster Escape, Ghost House and Cat N Mouse. The studio has released artwork for each of the mini-games and Monster Escape gets some new images. In Monster Escape the player with the PlayStation VR headset controls a giant dinosaur like monster, while four other players can join in on a TV or ‘social screen’ with DualShock controllers to defeat the monster. The player using the HMD controls the monsters actions with head movements to smash buildings or dodge projectiles being thrown by the other players. 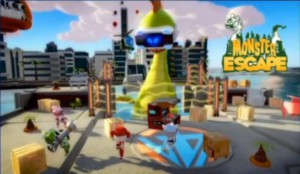