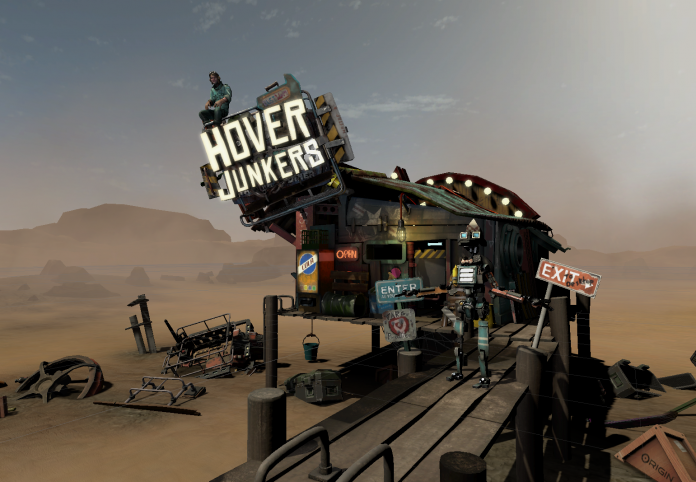 One of the more anticipated titles on the way to the HTC Vive virtual reality (VR) head-mounted display (HMD) right now is Hover Junkers, a sort of mix of first-person shooter (FPS) and vehicular combat from Stress Level Zero. The developer has been regularly charting its progress over the course of the title’s creation online, and is finally beginning to near the finish line in time for the HTC Vive’s launch in April 2016. Recently, the studio has confirmed the amount of ships, maps and more features for the title.

Speaking to VRFocus at the Steam VR Developer Showcase this week, Stress Level Zero confirmed that Hover Junkers will have 11 maps, 17 ships and three character models for players to choose from. Multiplayer matches will feature eight players and consist of death match and team death match modes among others. A single-player mode will also feature in which players will fend off attackers as they travel down a set route.

Hover Junkers makes full use of the HTC Vive’s user-tracked features such as Room Scale tracking and the position-tracked controllers. Players will be able to freely move around the top of their ships but also drive them around vast environments, trading fire with enemy combatants as they go.

For the latest on Hover Junkers, keep reading VRFocus.