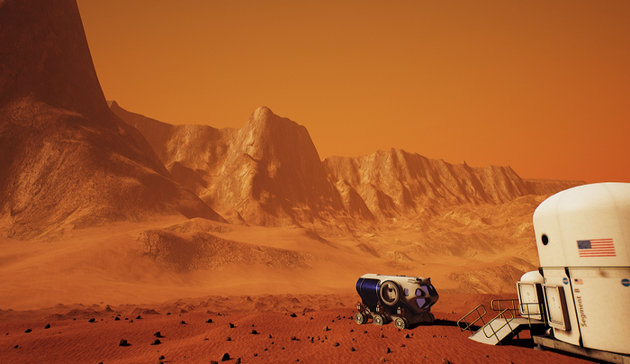 Last month VRFocus reported on the news that multi-platform media company, Fusion Media, had partnered with NASA to produce a brand new VR experience that will simulate the first Mars landing due to take place in 2030. Simply named Mars 2030, the piece is set to arrive on the Oculus Rift PC-based head-mounted display (HMD) as well as the Google Cardboard and Gear VR mobile-based HMDs. This week, however, it’s also been confirmed that the project will be heading to two more major VR kits: PlayStation 4’s PlayStation VR and the HTC Vive.

The announcement was made by none other than Epic Games, the creator of the Unreal Engine 4 middleware with which the experience is being developed. The experience is due to launch on its original systems this year for free, though it’s not confirmed if it will also hit these additional platforms this year. The Epic Games blog post that revealed the news also confirmed that MIT’s Space System Laboratory and former developers of BioShock studio Irrational Games are also working on the project right now.

“We want people to truly feel like they are on Mars, and the engine is perfect to make this happen in VR,” said Julian Reyes, VR Producer at Fusion Media. “We’ve worked closely with Epic Games developers before and believe this engine is revolutionizing real-time graphics.”

The experience will also be coming to iPhone and Android-based smartphones and will first be showcased at the South by South West (SXSW) festival from 11th – 20th March 2016. It will include a surface expedition of Mars itself with mini-missions to complete.

Stay tuned to VRFocus for the latest on the Mars 2030 experience.