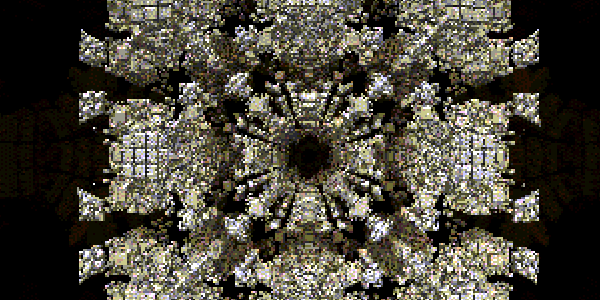 Twitter is the perfect platform for unexpected public announcements in all industries, including virtual reality (VR). After a short exchange of friendly tweets, it seems that Devolver Digital, publishers of popular videogame series Hotline Miami, have agreed to snatch up a VR videogame offer made by Minecraft’s creator Markus Persson, also known as Notch.

The public deal started with Notch tweeting a WebVR version of a project he is developing currently dubbed as unmandelboxing, which gives an unusual ‘ray marching’ travelling experience through boxes, without directing the tweet at anyone in particular. However, Fork Parker, Chief Financial Officer at Devolver Digital, expressed his interest in the indirect tweet, jokingly tweeting “This subtweeting is ridiculous, if you want to pitch it to me then just pitch it.”

Although this confrontation could have ended awkwardly, Notch took the hint from Parker and replied by offering to sell the rights to the videogame publishers for 1,500 Swedish Krona, which only amounts to approximately £123 GBP. Parker continued to accept the deal, saying “See you at GDC for the transaction”.

Devolver Digital hasn’t previously expressed any promise of publishing VR videogames, however for that price there isn’t much of a risk in taking on the abstract development.

VRFocus will continue to deliver the latest news and updates in the growing world of VR.