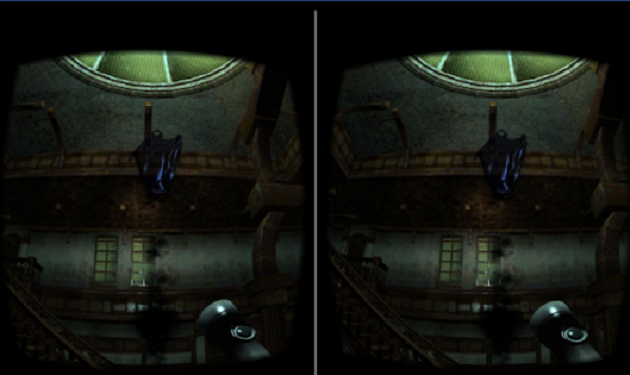 Meta 3D Studios, a developer of custom virtual reality (VR) experiences for Google Cardboard and other VR devices, has announced this week the release of a virtual haunted house called VR Poltergeist Manor.

For the VR experience players are transported to a stately manor where they explore the abandoned home and discover there is more than cobwebs awaiting them. Players are moved throughout Poltergeist Manor, just giving the ability to look around to experience the horrors. The app has been rated for 7 years up as it contains no blood, death, gore, or similar, but the developers do advise an adult watching it first to check suitability.

The developer has also collaborated with Syrinscape for the Halloween period. The VR Poltergeist Manor app is enriched with the spine-chilling sounds from Syrinscape’s Halloween Survival 6-Pack SoundPack, which bundles six of Syrinscape’s most  terrifying SoundSets. These can be purchased allowing a truly spooky Halloween experience to be created for home, work, or anywhere else.

Meta 3D Studios has worked on a number of other VR titles including Haunted Hospital, Zen Garden, Bearclaw’s Forge, Alien Attack and more. VR Poltergeist Manor is available to download now from the Google Play store for £1.55 GBP/ $1.99 USD.

VRFocus will continue to report on the latest VR projects from Meta 3D Studios as details are announced.