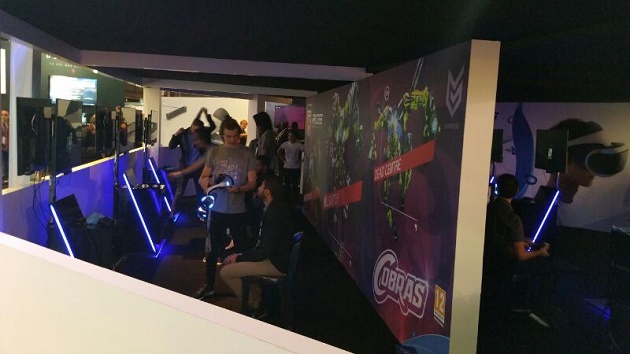 Today marks the start of Paris Games Week which runs until Friday 30th October. VRFocus will be reporting from the show all week, and already have a few teaser shots of Sony Computer Entertainment’s (SCE’s) stand for the PlayStation VR head-mounted display (HMD) for the PlayStation 4.

The stand features a very prominent area for Guerrilla Cambridge’s upcoming online mech shooter,RIGS: Mechanised Combat League, which has featured at most of SCE’s events for the PlayStation VR. The title hasn’t had a launch date revealed yet, but currently SCE’s HMD is vague, being in the first half of 2016.

There many be more details revealed at SCE’s press conference later today, on the HMD. Fans are still waiting to hear about pricing, launch titles and the actual date from the company.

VRFocus will continue to follow all the latest news and announcements from PGW regarding the PlayStation VR, and any other VR related stories. 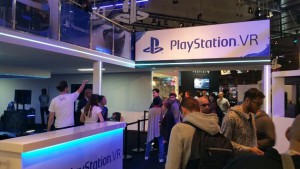 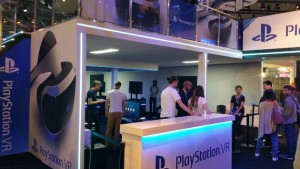 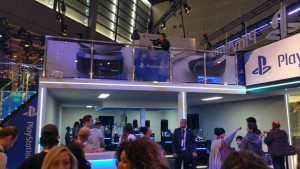 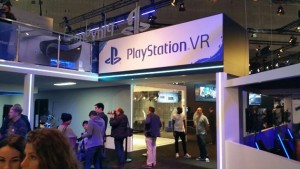 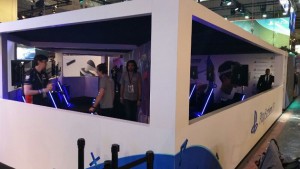 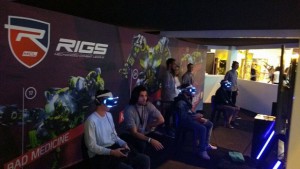