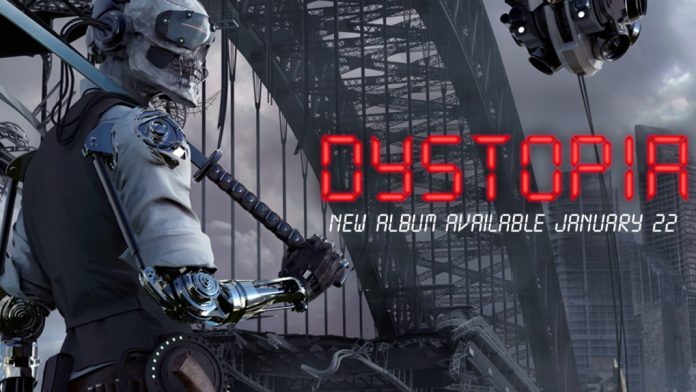 American heavy (thrash) metal icons Megadeth are the latest musical act to embrace the technology of virtual reality (VR) as a means of promotion and expanding the experience of their albums.  Today the band have announced that five songs from their new album Dystopia will be getting the VR treatment and filmed as a stylised tie-in with their most recent music video for The Threat Is Real. The five tracks are Fatal Illusion, Poisonous Shadows and Post American World which will be joined by title track Dystopia and an additional VR version of The Threat Is Real.

The band will be teaming up with director Blair Underwood, who, among other strings to his bow, is a regular contributor to the series Marvel’s Agents of S.H.I.E.L.D. Whist Next Galaxy Corp will be supplying the technical knowhow.

The experience will, according to publicity material, be released as a downloadable code given away with a CEEK Cardboard VR head mounted display (HMD). This will in turn be available as part of a special edition CD released at the same time as the standard album which will be available both in store and online.

VRFocus will continue to bring you more news about the developing uses of VR and AR in the music, television and film as we get it.

The post Megadeth To Bring Latest Album Dystopia To Life With VR appeared first on VRFocus.