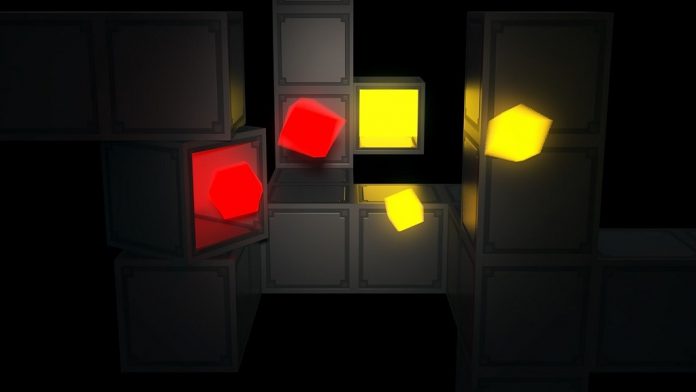 Puzzle experiences seem to be a popular genre on virtual reality (VR) head-mounted displays (HMDs). Samsung’s mobile headset, Gear VR has a few to choose from including Esper/Esper2, Please, Don’t Touch Anything, Keep Talking and Nobody Explodes and Floor Plan to name a few. Arriving this week with the latest batch of content releases is Qb, aiming to test players skills and grey matter.

The goal in Qb is to activate Defected Code Streamer Modules by throwing Data Cubes in them. That means matching the coloured cubes with their respective modules. Initially there will are 12 levels to progress through, with points earned in each level used to unlock upgrades to aid in your progress. Developer PlaySys will then expand the title in future updates, adding new levels and upgrades with each instalment.

Qb was originally due to arrive in April, then it got moved to May under the advisement of Oculus. PlaySys made a statement that it had been contacted by the headset maker advising them to make some alterations to the title as they saw potential in its gameplay.

So now you can download Qb from the Oculus Store for $5.99 USD, and it doesn’t require any external gamepad to operate.

VRFocus will continue its coverage of Gear VR, reporting back with any new content additions.