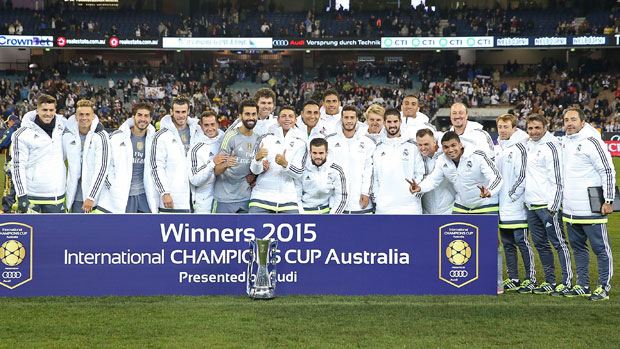 NextVR have had something of a busy 2015, announcing numerous deals and partnerships evolving their company’s virtual reality streaming service and bringing more events to 360 degree video. Already this year they have delivered the first VR broadcast of a football match, teamed up with the NBA in October to live stream a game, brought both the US Open and Nascar to VR with Fox Sports and also secured significant investment and including just last month in a deal with Time Warner (among others).

Now NextVR is turning back to football with an exclusive new deal with RSE Ventures to bring the International Champions Cup (ICC) to become the first series of scheduled live broadcasts in the VR format. Allowing the watcher to view the game as they want giving unprecedented control over what they’re watching and essentially making them an armchair television director.

The ICC is an annual post-season competition involving some of the top footballing sides from around the world, with previous winners including Manchester United, Real Madrid and Paris St. Germain. The 2016 schedule is expected to be announced soon with games held around the world.

Speaking on the deal NextVR’s Executive Chairman Brad Allen said, “This is exactly the type of live sports programming we are developing for VR. We are using virtual reality to redefine ‘the best seat in the house,’ as we will provide access to places fans could never experience. We will deliver 360-degree experiences from midfield, near the goal, next to the coaches and players on the bench, and even the tunnels when the world’s
premiere players enter the field.”

Matt Higgins, CEO of RSE Ventures added.”Virtual reality is about immersing yourself in the action and viewers will feel as if they are there – even from thousands of miles away. RSE continues to push the envelope in terms of partnerships with new and exciting technologies and this is the latest example. We are thrilled to partner with NextVR to provide soccer fans a truly cutting-edge viewing experience of the world’s most popular sport.”

VRFocus will continue to bring you information about the ongoing developments in the use of VR and Augmented Reality (AR) in both film and television broadcasting.