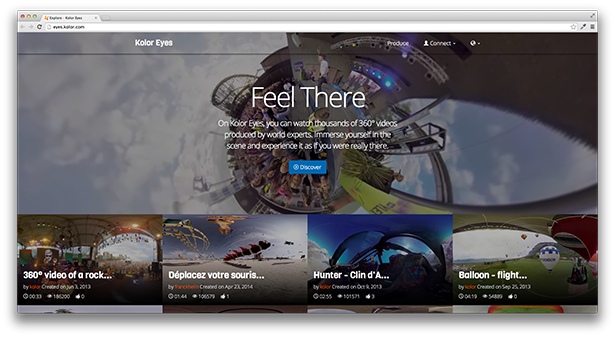 Kolor partnered with ATEME to encode and optimize the videos with the EAVC4 technology, that was mathematically proven to be the best in the world in this field. The streaming quality adapts to the visitors’ internet connection speed, and can reach up to 4K: it’s a world first in 360-degree video streaming.

There are many ways to watch 360-degree videos with Kolor Eyes:

Kolor Eyes gathers a large audience: several millions of views have already been counted. The visitors can easily like and share the videos on social networks or embed them on their websites or blogs.
The hosting service is currently provided for free. Paid plans that integrate professional features will be offered soon.