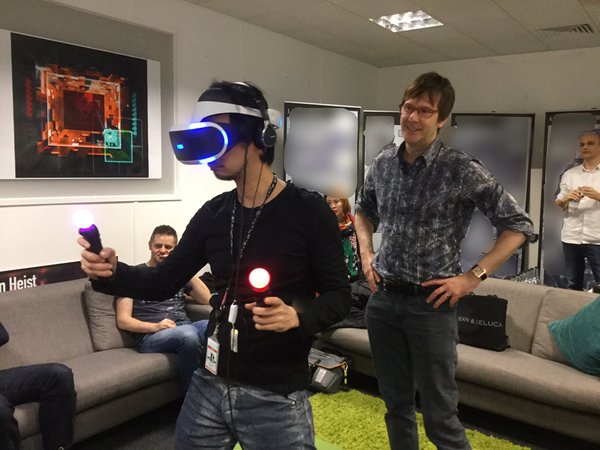 In the world of videogames there are few names that standout as much as Hideo Kojima. The producer created the Metal Gear Solid series and is well respected within the industry. Since his well publicised split for Konami he’s been having some time off popping up at various events around the globe. He’s at the current DICE event in Las Vegas, Nevada and discussed his viewpoint on virtual reality (VR).

Kojima spoke to IGN through a translator saying: “I’ve been interested in VR for a long time now. VR came up over 20 years ago. What was described back then is finally coming to our everyday lives, so I’m very excited about it.”

But his first experiences the new iterations of VR weren’t great: “A few years ago, I tried the development kits, and I’m very susceptible to 3D motion sickness, so I couldn’t do it. And now the latest technology I’ve been trying, it doesn’t produce nearly as much motion sickness. I’m fine with it. A while ago, I was like, ‘there’s no way I can develop anything for this. I’m going to spend every day puking. That’s not worth it.’ But now, with the latest technology, I’m feeling maybe more confident to develop something.”

But on developing a VR title Kojima has already been thinking about what route he’d take, with the horror genre of particular interest: “Shooters are always fun, but I’m more interested, for example, in bringing out feelings in people that are unique to VR. Some feelings, maybe displeasure, maybe horror. But not the kind of horror you get from grotesque or gory things, but a different kind of horror.”

“Let’s say you put the VR headset on and there are a lot of people here, people you’re not familiar with,” he explained. “You’re not being told who you are, why you’re there. That alone is scary. That alone makes you want to look away. For example, when you look away you can have someone come [into the room]. You don’t need to explain anything. That’s something completely different. That alone is so interesting, the possibility of creating that.”

Kojima making a VR videogame would be an exciting prospect, with his years of experience in creating traditional titles. With the recent announcement that he’s formed indie development studio Kojima Productions, we might see a VR project in the future.

VRFocus will continue to follow Kojima’s interest in VR closely, reporting back any further updates.

The post Kojima on VR: “I’m very excited about it” appeared first on VRFocus.