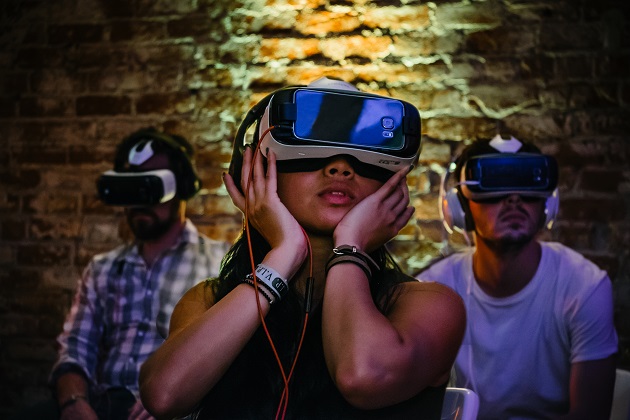 During 2015 the first Kaleidoscope Film Festival toured the US and Canada showcasing the best in virtual reality (VR) film, art, and immersive experiences. Today the organizers have announced the 2016 Kaleidoscope World Tour, a multi-city international tour which will visit nine countries across the world.

Presented with WIRED and powered by Wevr Transport, projects in the 2016 lineup will be sourced from numerous VR creators from across the globe. Experiences include the World Premieres of Academy Award-winning Phil Tippett’s Mad God, produced by Wevr, Pierre Friquet’s love story Jet Lag, and Balthazar Auxietre’s La Peri: A Prelude.

“We were overwhelmed by the enthusiasm around the inaugural Kaleidoscope VR Film Festival and can’t wait to bring it to a global audience in 2016,” said Kaleidoscope co-founder René Pinnell in a statement. “The success of last year’s festival uncovered a huge demand for virtual reality films and artists around the world. We are thrilled to showcase the latest VR experiences and technologies to 10 international hubs, and to engage with local pioneers in each city to highlight their groundbreaking work. Virtual reality is a global movement, and this is an exciting next step for Kaleidoscope.  We are thankful to all of our sponsors and partners and look forward to featuring the talents of our incredible artists.”

Further information including ticket sales for the Kaleidoscope World Tour can be found at kaleidovr.com.

VRFocus will continue its coverage of the 2016 Kaleidoscope World Tour, reporting back any further announcements.