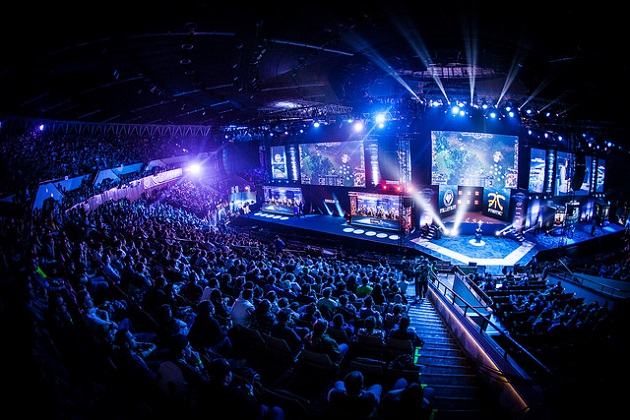 Jaunt, one of the best known cinematic virtual reality (VR) production companies has today announced a new partnership to combine the competitive world of eSports with the immersive technology of VR. The company is collaborating with MTGx, the digital arm of international entertainment group Modern Times Group (MTG) and ESL, one of the largest eSports company’s, for an event this weekend. Jaunt will capture and develop 360 degree experiences of the Intel Extreme Masters event in San Jose, California.

A number of sporting events have been given the VR treatment by companies like Jaunt and NextVR, but this is possibly the first eSports event that fans around the world will be able to experience in VR.

“We are excited to find new ways to connect millions of global esports fans to our mega events like Intel Extreme Masters via VR and 360 video experiences. It’s still early days, but I do believe the future VR revolution will start with our passionate gamer audience,” said Ralf Reichert, CEO of ESL in a statement.

“Virtual reality presents an exciting opportunity to enhance the experience of eSports events like the Intel Extreme Masters. With MTGx at the forefront of the growing eSports phenomena, we are harnessing the power of VR to help companies like ESL and DreamHack reach their millions of fans across the globe. Cinematic virtual reality provides eSports fans with an experience that rivals the in-person atmosphere from within the stadium,” said Jens Christensen, CEO of Jaunt.

Jaunt hasn’t revealed which headsets the event will be available on or when it’ll be available to view, but VRFocus will bring you all the latest details on Jaunt’s VR project as they’re released.