Earlier this week VRFocus reported on the reveal of Kerser, a new virtual reality (VR) endless runner from the team at Iris VR. While the title is set to release on its own, it will also feature as one of the arcade mini-games in the team’s original sci-fi project, Technolust. Both versions will be support the Oculus Rift head-mounted display (HMD). Now new images of the title have been revealed and can be seen below, including a first look at the title’s logo.

The images reveal a videogame that looks largely consistent with the cyberpunk tone of Technolust itself, bathing the player in a decidedly moody blue as they race across the neo-urban environment. Players will steer their ship through these areas from a third-person perspective, gathering power-ups for speed boosts and slowdowns as well as earning cash. Money can be spent either on upgrades for ships or to buy entirely new ones.

VRFocus will continue to follow Kerser closely, reporting back with the latest updates on the project. 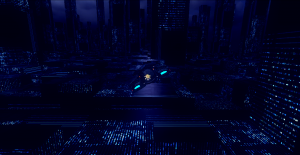 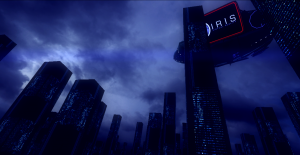 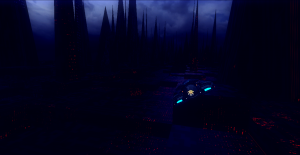 The post Iris VR’s Kerser Gets First Screenshots and a Logo appeared first on VRFocus.