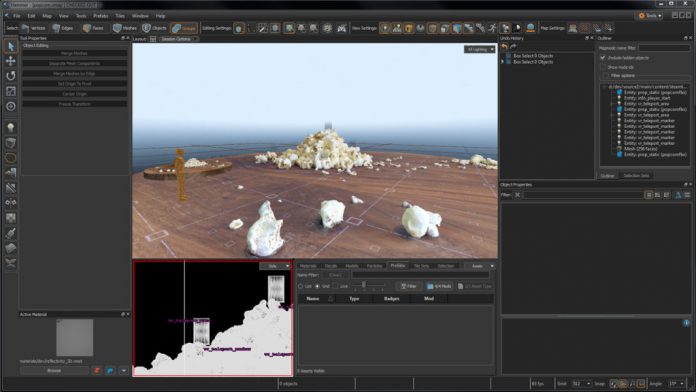 Companies invested in virtual reality (VR) don’t just want users to play videogames or sample the odd app or two, they’re actively encouraging user generated content as it’ll inevitably draw more people to the technology. When Google launch the Cardboard headset it allowed anybody with a smartphone to try VR, and this week Facebook open-sourced its Surround 360 camera for people to make their own. Last month Valve launched Destinations Workshop Tools as a free a VR content creation package, and today a multiplayer update became available so that users can invite their friends to see what they’ve created.

The Destinations Workshop Tools multiplayer means players can now invite, join, and chat with their friends while exploring different Destinations. They can now see which friends are online with the new Friends panel and from here they can invite friends to join their Destination, or request to join the friend at theirs. When players are at the same location, voice chat will be enabled for everyone there.

The update also now includes customizable avatars and props. A set of simple avatar heads and a couple avatar hands to are available to choose from. Its all accessible through the new Avatar panel in the menu after selecting an avatar. While the props allow players to be able to create, scale up or down, and toss around items, but the feature is currently only available for users with motion controls.
Destinations Workshop Tools is a free Early Access title on Steam, and supports any head-mounted display that works with OpenVR, including the HTC Vive and Oculus Rift.

For all the latest VR news and announcements keep reading VRFocus.