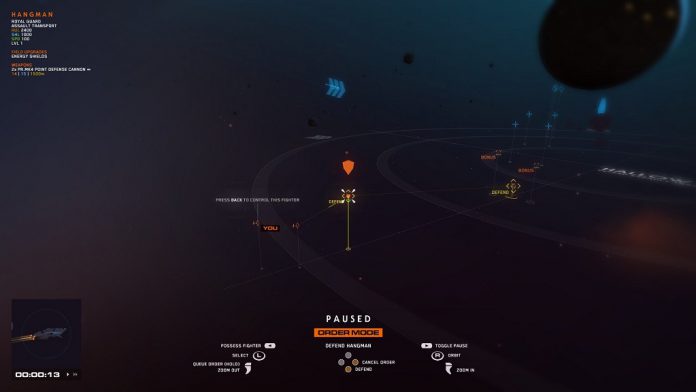 Since VRFocus first reported on Marauder Interactive’s sci-fi space shooter Enemy Starfighter back in 2014, the title has received a name change as well as additional head-mounted display (HMD) support. Now called House of the Dying Sun, the videogame has been released today via Steam Early Access for the Oculus Rift and HTC Vive headsets.

House of the Dying Sun is a tactical shooter putting players into the cockpit of a Executor MK II spacecraft. The story revolves around you commanding a fleet of ships hunting down the enemies of your dying empire.

The Early Access version currently comes with 14 campaign missions with three difficulty settings to choose from. Players will be able fly their own craft, give orders to any vessel in their fleet from a tactical overview, switch to another fighter, or pause the game to carefully consider the next move.

As war is waged players will be able to customise their ships with new upgrades such as the Gap Drive or the Kamikaze Chassis to help complete the most difficult objectives.

For today’s launch House of the Dying Sun will be available at a discounted rate, continuing for a further week. There will be a 10 percent reduction bringing the price down from $19.99 USD to $17.99.

Some titles can be in Early Access for months and months but this shouldn’t be the case with House of the Dying Sun as the developer states: “Almost all features are in place, so our intention is to close out the game and leave Early Access sometime this summer.”

As this is close to the launch version only a few differences will be added to the final version: “The final version will have a complete balance pass, a fleshed out stable of upgrades and weapons to unlock, and a carefully-tuned set of combat scenarios. It will also include a custom wave-clear mode for even faster pick-up-and-play sessions,” Marauder Interactive notes.

As further updates and announcements are released for House of the Dying Sun, VRFocus will bring you the latest details.