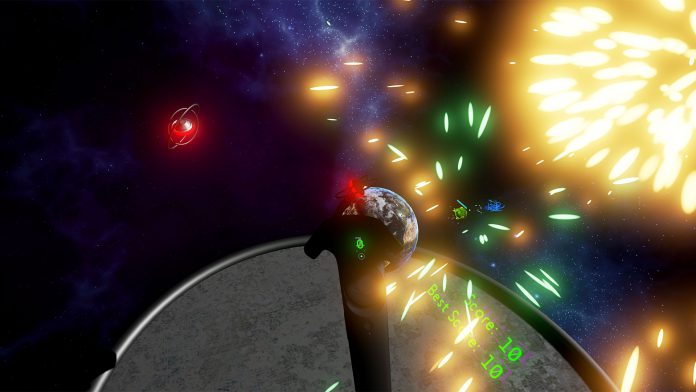 It was a month ago that VRFocus reported on the prospect of PlanetFate coming to the HTC Vive head-mounted display (HMD) with the release of its trailer that showcased the Asteroids modern remake. Now the title has been released as an Early Access title today on Steam after successfully completing its Steam Greenlight campaign.

PlanetFate is pretty self explanatory as you decide the fate of the planet that is being pelted with asteroids. There are two game modes that can be played to spice up the classic arcade concept of defending against asteroids in space, Endless and Time Challenge, both which offer a different feel to the videogame where it is test of either endurance or dexterity.

The game, as it is an Early Access title, is admitedly only in its early stages still, and the developers have issued a statement that “Over the next few months the game will grow as more game modes are added as well as general improvements.

“The game as released today is only a small part of the end goal of PlanetFate. I’m working hard on creating missions and longer game modes and will share progress along the way.”

It is expected that the final version will offer an arcade and mission-based type of gameplay, which gives more of an opportunity to fully flesh out the concept and make it more than just a VR version of Asteroids. There is also potential for a single-player based campaign, which is entirely dependent on the support the Early Access title receives. 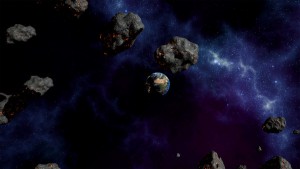 PlanetFate is available on Steam at a discounted price of £3.97 GBP, 17% less than the original £4.79. It is said that the game will increase in pricing as there are more expansions and modifications: “The full version’s price will depend on the number of missions developed and whether enough support for a campaign is achieved.”

For more on HTC Vive releases, as well as the latest VR news and updates, stay with VRFocus.