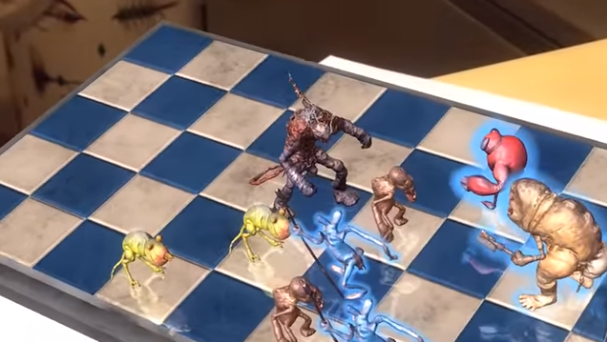 HoloGrid has been closely followed since the launch of its Kickstarter campaign, and there was much noise to be made with Phil Tippett, a special effects director who has put his own touch on the likes of the Star Wars series, Robocop, and Jurassic Park, deciding to bring his creature design to augmented reality (AR). The effect is a board game that would come to life before your eyes, and this concept will now come to fruition with the successful completion of its crowdfunding campaign yesterday.

The AR board game received a total of $101,311 USD which surpassed its original goal of $100,000 USDby a healthy margin, but missed the stretch goal of creating a full board to play the game on. The concept that has been funded is essentially a Collectible Card Game (CCG), much like Magic: The Gathering or Hearthstone, which comes to life before your eyes. The way this is done is initially through playing via a mobile tablet device which takes into account the cards that you set down to play, visualising the monsters you put into play and animating their moves.  Each of the creatures aren’t just created through CGI, as they are all photogrammetised versions of 3D models that were created by hand, which makes sense as Tippett specialised in stop motion animation.

This project, created in partnership with Tippett Studio and Happy Giant, stemmed from the recreation of the Star Wars Holo Chess scene, which puts into practice Tippett’s original work and influences with his work on the popular space series.

With each of the rewards there is a delivery date of November of this year, so this project is set to be completed pretty soon to be shipped out to backers.

For more on HoloGrid, Kickstarter campaigns, as well as the latest news and updates in the world of VR, make sure to check back with VRFocus.