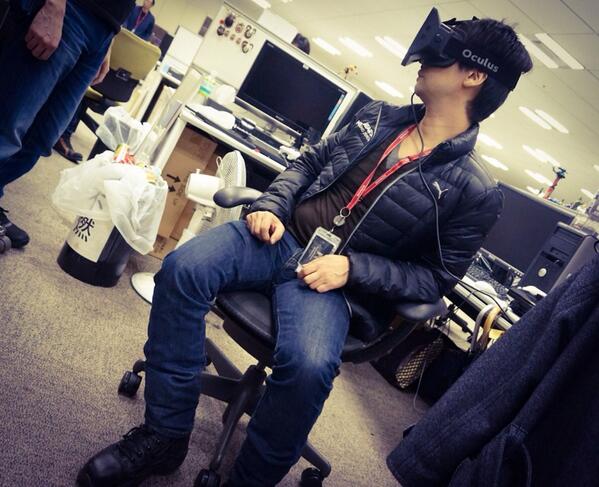 It’s the end of a rough road for famed Metal Gear Solid creator, Hideo Kojima, as it was this week announced that the developer had finally left Konami, the Japanese publisher that he seemingly came into conflict with earlier in the year. Now free from his former employer, Kojima has setup a refreshed Kojima Productions and has partnered with Sony Computer Entertainment (SCE) to bring its first title to the PlayStation 4, with a PC version to follow on later. But what about VR? Could the studio get involved with technology? According to the man himself, it’s certainly a possibility.

Speaking to IGN following this week’s announcements, Kojima noted that he was ‘definitely interested’ in VR and would like to be a part of it. “I think VR is something extremely interesting,” he said. “I’m not sure right now, I can’t make an assurance right now, but I’m definitely interested in this technology. One day I’d like to make something using this technology, I’m not sure yet. But I do believe it has a future. I’m not sure if it’ll be the current format, the big goggles, maybe it’ll change to [augmented reality] or something. But when this technology enters the living room, games and movies will change significantly for a lot of people. And I’d like to take part in that.

“Anyone who’s tried the current technology, the one you guys have probably tried for VR, not so much the storytelling but the sense of being there is not something 3D movies can even try to compete with,” he later added. “It’s on a completely different level. In that regard, I feel this is something that has a big future.”

Elsewhere Art Director Yoji Shinkawa – who followed Kojima to his new studio – expressed similar sentiments towards the tech. “I tried many titles on VR technology and I’m very, very impressed,” he explained. It gave me a shock similar to when I first played a game on Famicom. It had a huge impact on me and I’m very impressed by VR technology. One day I hope I can work on something on VR.”

Kojima himself was seen using the first development kit (DK1) for the Oculus Rift back in early 2014. Fingers crossed, then, that Kojima Productions one day commits to VR development. VRFocus will keep an eye on the studio, reporting back with any further VR-related updates.