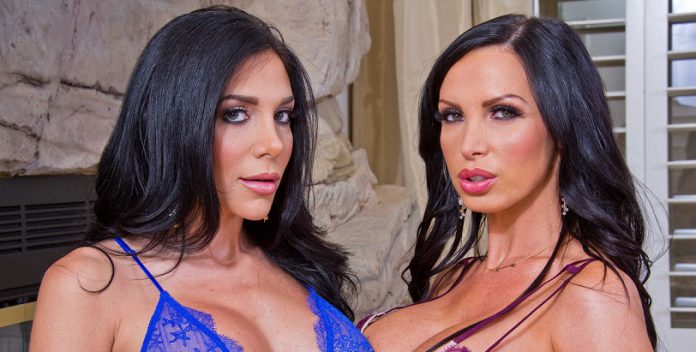 Now there are places someone can go to experience elements of all three combined in what is being described as the ultimate sexual experience you can have (without a partner).

That some will work better than others is beyond doubt. Already surfacing is sexual ‘VR’ content created with Manga characters, which calls into question the value of creating a complex environment and labelling it VR. Perhaps Virtual Unreality would be a more apt name.

There are more ambitious plans in some quarters, however, as the industry recognises the benefits of hands-free operation and the introduction of masturbators that use variable-power magnets to move the device in time with the events occurring inside the VR environment. Add a joystick-guided remote control for geographic movement and your ‘Evening in a Bordello’ experience could be complete.

All that seems to be lacking at the moment is the type of personal interaction possible in what we perceive as the optimum VR sexual experience – a way for real people to simultaneously and collaboratively engage in haptic-driven sexual encounters from the comfort of their own separate homes via fairly realistic (think Genesis 3 for Daz 3D) avatars.

Multiple participants? No problem if everyone is willing. STD? Not an issue. Dinner and a play or concert beforehand? Cost and potentially dull conversation/awful play/poor music completely eliminated.

For those who like to play as the other gender, or transgender, the opportunity awaits.

Well not quite, although it’s sure to come (excuse the unfortunate and accidental pun) soon (and that one).  True VR calls for eye-tracking and head tracking, so for the moment the experiences available are mainly FPV with minimal opportunity for movement.  You can watch it and you can feel it, but you can’t really be immersed (how we all tire of that word) in it.

Give it two years and VR Pornography could become truly absorbing to a point where the sex available online is interesting and varied enough for some men and women not to feel the need to go out with a view to meeting someone to have sex with just because they really feel like having sex with someone. Well, 70% of the real thing for only 10% of the effort.

That’s the point – when the replacement is preferable to the reality – at which addiction has taken hold.  As in all things we experience, if it’s good we want the next event to be bigger, better, faster and louder – we need experiences that are ‘more’ for them to hold us and to keep us returning.  If you don’t get that, ask a surfer, skier or snowboarder.

We also have a tendency to bring our on-screen characters out into the real world, which most certainly accounts for some of the appallingly dangerous driving we can witness as regular GTA  players take to the real streets, running red lights and crossing multiple lanes of traffic while other road users are forced to take avoiding action.

The question I have is this. If you become addicted to increasingly extreme sexual practices in a VR environment, how will that shape your behaviour in real life?