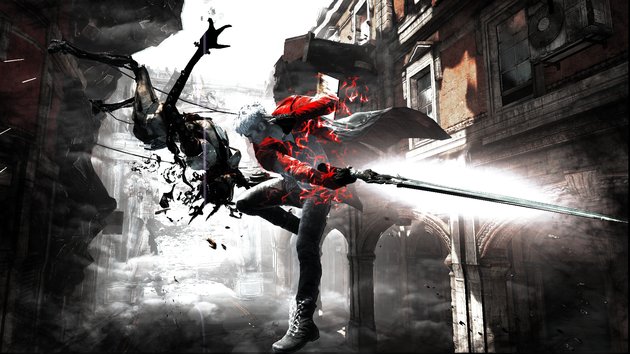 Sometimes it’s nice to hear that a developer that isn’t known to be working with virtual reality (VR) technology right now is still looking forward to its arrival all the same. There are plenty of teams cheering head-mounted displays (HMDs) on from the sidelines. One of these appears to be Ninja Theory, the UK-based studio behind some of last generation’s most popular titles such as DmC: Devil May Cry, Enslaved: Odyssey to the West, and Heavenly Sword.

Dominic Matthews, Product Development Manager at the studio, said as much in a recent PlayStation Blog post in which developers listed their most anticipated projects for the year ahead. “In 2016 I’m most looking forward to seeing VR become a reality for gamers,” Matthews said without making specific mention to the PlayStation VR HMD for PlayStation 4. Every time I put on a VR headset I make a funny little chirping noise of delight. 100% of the time. I can’t wait to see the immersive worlds and experiences that lay ahead.”

Ninja Theory’s current project is known as Hellblade, which is on its way to the PlayStation 4 and PC. Little is known about the project right now, though some have come of think of it as a sort of spiritual successor to Heavenly Sword. Could the title also end up supporting VR in the future? VRFocus will keep a close eye on Ninja Theory, reporting back with any further VR-releated updates from the studio.

The post Hellblade Dev ‘looking forward’ to VR in 2016, ‘can’t wait’ for What Lays Ahead appeared first on VRFocus.