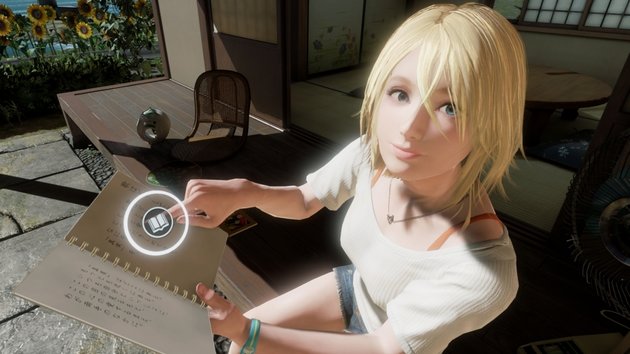 Yesterday VRFocus reported on Bandai Namco producer Katsuhiro Harada supposedly confirming Summer Lesson support for the HTC Vive head-mounted display (HMD). He was at the recent HTC Vive Developer Summit held in Beijing, China last week and images circled online of screenshots of videogame being shown. Confirmation news for HTC’s headset then started to appear, when the title had been slated as a PlayStation VR exclusive. Those stories have now been debunked by Harada himself on Twitter.

The producer tweeted today: “Huh!? It is completely wrong article. I DON’T release for vive. It’s Just “VR study case”. It did seem unusual that more fanfare hadn’t been made about Summer Lesson arriving on a different headset, and now those reasons have been revealed.

Summer Lesson was originally announced at Sony Computer Entertainment Japan (SCEJ) annual pre-Tokyo Game Show (TGS) conference in 2014, when PlayStation VR was code named Project Morpheus. While the videogame is still exclusive to SCEs PlayStation VR, the possibility of Summer Lesson being released outside of Japan are slim.

The last official details revealed came prior to this years TGS conference, when a re-edited trailer appeared. VRFocus will continue to follow the progress of PlayStation VR and Summer Lesson into 2016.