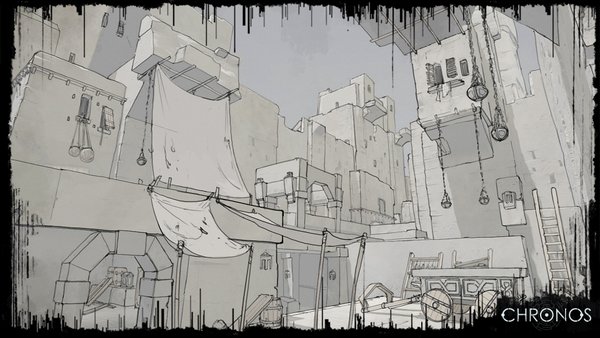 Gunfire Games’ virtual reality (VR) videogame Chronos, for the Oculus Rift head mounted display (HMD) has had some good press recently with Oculus VR founder Palmer Luckey tweeting about the depth of the title. But the studio has been busy itself, releasing new concept artwork recently.

The team behind the Oculus exclusive has unveiled several new images, one background piece and one of an enemy. The first is an early Krell Courtyard drawing, that show buildings and details similar to old villages and towns from the Middle-East.

While the second picture is of a Krell Brute, one of the formidable enemies players will come across while making their way through the labyrinth. Heavily armoured and carrying a large powerful stone axe, it’s likely a mid-level opponent.

The third piece of concept art is the Krell Warrior, with similar protective stone armour to the Brute, but this enemy wields a deadly mace instead.

Chronos will be available on launch day for the Oculus Rift which is the 28th March, and VRFocus will be reporting any new updates to the videogame. 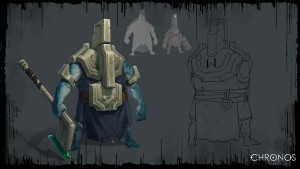 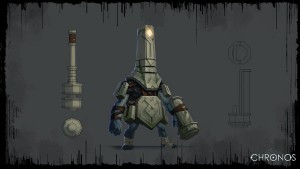