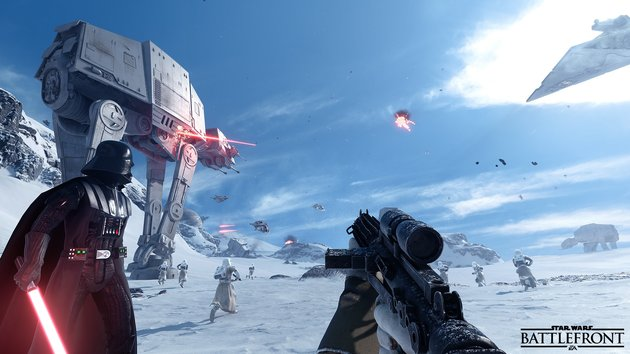 If there’s one media franchise that pretty everyone could agree they want to see in virtual reality (VR) it’s Star Wars. The series recently enjoyed a hugely successful return to cinemas with Star Wars Episode VII: The Force Awakens, meaning demand for some sort of VR support is higher than ever. Fans have already had a handful of glimpses at the series’ potential future with the tech, but it appears that the first official Star Wars VR videogame isn’t far off. That is if apparent leaks today are to be believed.

Engadget is reporting that the official YouTube page for the Industrial Light and Magic studio (ILMVisualFX) today posted a short teaser for something called Star Wars: Trials on Tatoonie for the HTC Vive head-mounted display (HMD), a device notable for its user-tracking features. Shots of the demo showcase R2-D2 and, crucially, a lightsaber that would presumably be controlled with the HTC Vive’s position tracked controllers.

This could well be the first release from the Industrial Light and Magic Experience Lab’s (ILMxLAB’s) work in VR, then. Tellingly, the studio has a developer session booked for next week’s Game Developers Conference (GDC) in San Francisco, California. At 17:30 PT on 15th March the group will be talking ‘Immersive Cinema: Stories from the Experiments Underway at Lucasfilm’s ILMxLAB’. Could this be where the title has its official reveal?

Check back with VRFocus for more on this story.