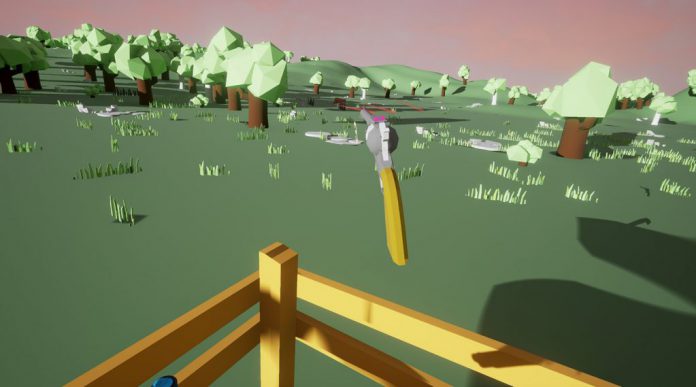 With the likes of classic Nintendo Entertainment System (NES) title, Duck Hunt, being remiagined for virtual reality (VR) by a number of different indie devs, such as Duck Hunter for the Samsung Gear VR, it isn’t much of a surprise that Wildlife VR would come about, with the essence of the hunt but gameplay stripped back.

Although the title may suggest the enjoyment of the wildlife that surrounds you in this title, players in fact can take up either one or two shotguns it seems in each hand, and take turns shooting at either ducks that fly by, or deer trying to flee the scene. If you don’t fancy gunning down wildlife in your spare time, there is always the choice to destroy cans and televisions that are lying around in the environment.

As the developers claim, “It’s a bit of a relaxing “outdoors” game with low poly graphics”, with the graphics part of that statement clear to see in both the screenshots and the trailer shown on the Steam page. It seems to be a videogame without levels or even any kind of aim, just for the player to stand behind the fence and aim at various animate and inanimate objects.

Wildlife VR is currently on sale for £1.79 (GBP), which is a 10% discount on the original price of £1.99, and it is only available for the HTC Vive head-mounted diplay (HMD).

For more on the latest titles to come to the HTC Vive, as well as all the news and updates in the world of VR, make sure to check back with VRFocus.