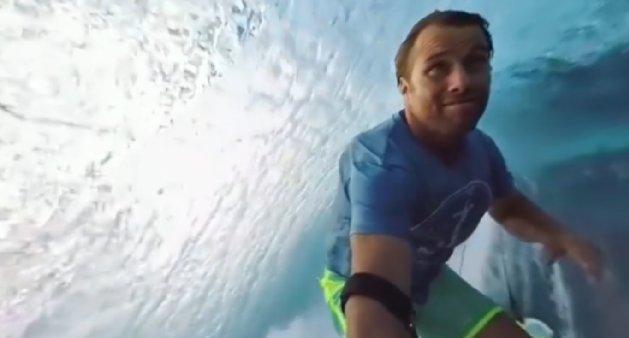 Since Facebook launched its first 360 degree video back in September the social media site has been lining up more and more of the immersive videos. Now camera company GoPro Inc. has announced it’s launching a new 360-degree video on Facebook, Tahiti Surf VR.

The video features surfers Anthony Walsh and Matahi Drollet who bring viewers inside some of the biggest barrels Tahiti has to offer in full 360 degrees. Facebook users can experience the exclusive content right in their news feed on Android and iOS devices, and on the web. Facebook has also announced support for 360-degree videos on iOS devices as well.

This isn’t the first 360 video GoPro have put on Facebook with other immersive experiences, including Moto VR with Ronnie Renner and Ski VR with Chris Davenport and Julia Mancuso.

GoPro has dominated the virtual reality (VR) 360 degree video camera market, with companies like 360Heros offering a multitude of different camera arrays depending on the filmmakers requirements. But that dominance is being challenged by the likes of Jaunt, Purple Pill and Nokia, who are all developing 360 video camera platforms.

VRFocus will continue to bring you all the latest news on Facebook 360 degree videos as further details are announced.