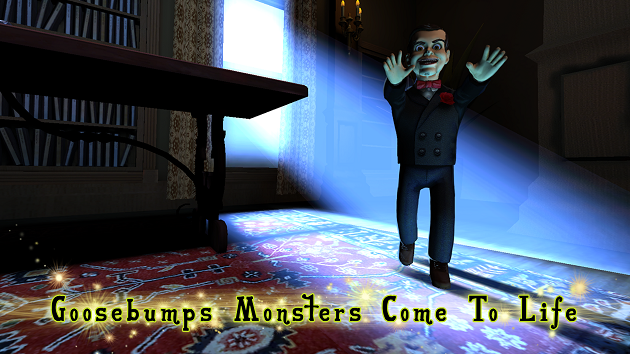 New content has landed to for Samsung’s Gear VR mobile head-mounted display (HMD). The latest title to arrive is from developer Cosmic Forces, with a virtual reality (VR) videogame tie-in to the Goosebumps movie, which has recently been released in cinemas.

Goosebumps Night of Scares put fans into the movie based on the bestselling horror series from author R.L.Stine. The title features some scary monsters including Slappy the Dummy, werewolves, evil gnomes and more. All you have to do is survive a night in R.L. Stine’s house, filled with mystery and mayhem.

The videogame can be downloaded now for $2.99 USD, and doesn’t require a gamepad to play. Most players should find the experience comfortable.

VRFocus will continue to bring you the latest content available for the Gear VR headset.