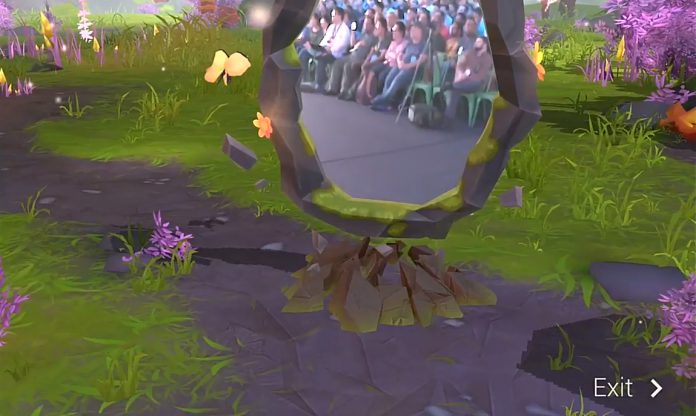 As well as Google’s Daydream and inclusive controller, there was one other aspect of virtual reality (VR) that was touched on in the opening keynote at Google I/O 2016 that was in conjunction with the announcement of Android N. Project Tango, the latest tech from Google to enable VR and augmented reality (AR). The technology was fully showcased using a variety of apps utilising its full ability.

Johnny Lee, Lead for Project Tango, took to the stage with a Tango Tablet using Android N, explaining that the technology has three main features: motion tracking, where the device understands what position you are in and where you are; depth perception, where sensors can tell the shape of objects around you; and area learning, where devices use visual cues to help recognise the world around them.

Lee took the presentation a step further by immersing the audience into various apps to make his point regarding the three features of the tech. He explained that there is a tutorial, described as an “out of a box experience using Unity”. What the audience saw on the screen was a forest created around them, using AR, and the audience cheered as they saw the world form around them.

The way Lee demonstrated depth perception and area learning in particular was with a measurement app – Measure It. Lee was able to measure the width of a cabinet as the sensor snaps to the edge of the cabinet and measured the length of the wall, as well as volumes of cubes. The app then takes a picture and includes the dimensions of the measured area.

Another practical app was shown from Wayfair, an online retailer for furniture. The retailers acquired 3D models of their furniture collection which was selected and placed on the floor. There are once again measurements and customisable features such as fabrics and colours, and this can prevent or reduce the amount of returns and issues. 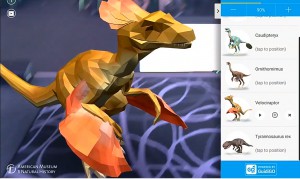 Videogames couldn’t be missed from the demonstration as Lee brought out a plastic gun to which he fixed his tablet and started shooting at targets. Not only do you shoot at targets, but you have to utilise motion tracking to avoid the ricocheted ammo to avoid being hit, showing the technology’s smooth and quick reactions as well as how seamless the motion tracking is.

There was one last demo from the American Museum of Natural History in New York, where they took the dinosaurs and applied them to AR technology so that viewers can learn about the different aspects of the dinosaurs, and it even includes a selfie mode.

Lee revealed that Tango tablet development kits are currently available on the Google Store today, priced from £256 GBP, and later the first consumer device to feature this tech will appear on the market, developed by Lenovo.

For the latest news and updates check back with VRFocus.