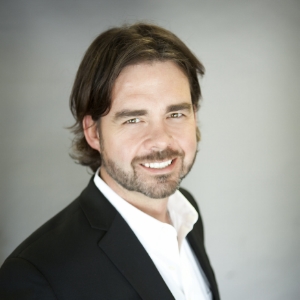 While virtual reality (VR) has its critics, there are still plenty of people who view the technology as one of the future forms of mainstream entertainment. Bobby Campbell, a start-up veteran who has previously launched two digital marketing companies, Ad Karma and Division-D, has now created his latest venture Good Wizard Productions.

Announcing the launch at the True/False Film Fest last week in Columbia, Missouri, Good Wizard Productions has been set up to deliver new forms of immersive entertainment. “How we consume content has changed dramatically, in multiple ways, over the past few years, but we’re still only seeing the tip of the iceberg as to what’s possible with the convergence of video, gaming, social media and newer technologies like virtual reality,” said Campbell in a statement. “We’re on the verge of something revolutionary as we start to combine these capabilities and give consumers content that they can truly mold and make their own, then share with others. Good Wizard Productions will be at the forefront as we make this magic happen in the months ahead.”

At the film festival Good Wizard Productions revealed its first trailer for its project, Dark Visions. The film is an episodic anthology that delves into the unexplained and hidden mysteries all in VR. The company has also acquired the rights to produce interactive video content based on the Ware Tetralogy. Created by author Rudy Rucker, the Ware Tetralogy explores the evolution of man and artificial intelligence and what happens when they begin to evolve together.

“These two anthologies give us rich worlds to explore in new formats,” Campbell commented. “We’re going to use these two initial projects to push the boundaries of what’s possible with today’s technology, and to learn from consumers as they view, interact and share the content. We expect to deliver exciting and surprising content right out of the gate, but we also look forward to learning from these first projects and pushing the envelope even further from there.”

The Dark Visions anthology is expected to debut later this year, and VRFocus will bring you any further VR news from Good Wizard Productions as announcement are made.