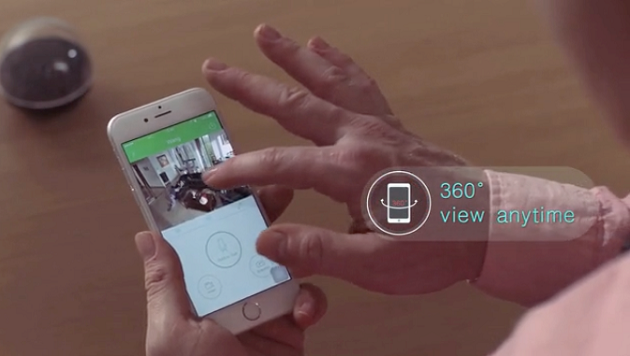 While there are plenty of 360-degree videos available to view through apps like Littlstar, Jaunt VR, NYT VR and Youtube, the options for creating your own are slightly more limited. Most of the videos on services like those just mentioned use professional rigs and a multitude of cameras, which cost a lot of money, and generally designed for professionals. At the consumer end of the spectrum choices include the 360fly and Ricoh Theta S, selling for £430 and £299.99 respectively. Now US firm Misafes has launched a Kickstarter crowd-funding campaign to bring its Panoporter 360-degree camera to market.

While the 360fly and Ricoh Theta S record 360 video, the Panoporter aims to give 24/7 live video chat, streaming and HD video recording in on package. Using a single lens system, consumers can use it as a security camera and a video conferencing tool all through Misafes smartphone app, multiple cameras can also be added to increase the security viewpoints around a house. Using a 64GB micro SD card two weeks of footage can be recorded remotely.

The company has been working on the Panoporter project for over 2 years, and the Kickstarter campaign is looking to raise $30,000 USD to speed up production to scale for market release. The campaign has raised $16,450 USD to date with less than a month to go.

“Panoporter – our equipment and app – provides added security, vastly shortens the distance between you and your colleagues, friends and loved ones, and also transforms your perception of the world around you,” said Sophia Du, marketing manager at Misafes in a statement. “Unlike expensive traditional 360-degree cameras requiring multiple cameras, we’re proud to offer you our breakthrough single lens technology to give you Google Street View-esque video in the palm of your hand for less than $200.”

VRFocus will continue to follow the progress of the Panoporter Kickstarter, reporting back with any new updates.

The post Live Chat in 360-Degrees with Panoporter Camera appeared first on VRFocus.