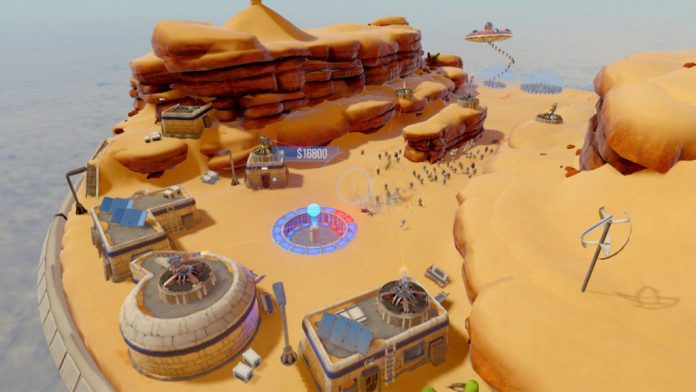 If you’re a big fan of tower defence titles and you own an Oculus Rift there’s not a great deal to choose from. The head-mounted display (HMD) does have Defense Grid 2: Enhanced VR Edition which VRFocus has reviewed, but other headsets like Samsung Gear VR do have a greater range on offer. Helping to tip the balance today is Kittypocalypse from Bolvërk Games, which is now available through Oculus Home.

Set across 20 missions its up to players to stop a race of wide eyed evil alien kittens from reining destruction down upon your base. As with any tower defence videogame players will have a selection of armaments at their disposal to wipe the evil kittens of the planet. These include: Lasers, Gatling guns, Tesla towers, Missile batteries and more, all with their own respective advantages and disadvantages. Then as gamers start to thin out wave after wave of enemies points will be awarded to aid in your ongoing struggles, giving the option to upgrade towers and reinforce the defences.

Kittypocalypse isn’t an exclusive either, Bolvërk Games has already confirmed support for the HTC Vive and PlayStation VR. The studio hasn’t yet announced when the HTC Vive version will be launched. The videogame can be downloaded today for $   USD.

As Bolvërk Games releases further updates on Kittypocalypse, VRFocus will bring you the latest details.