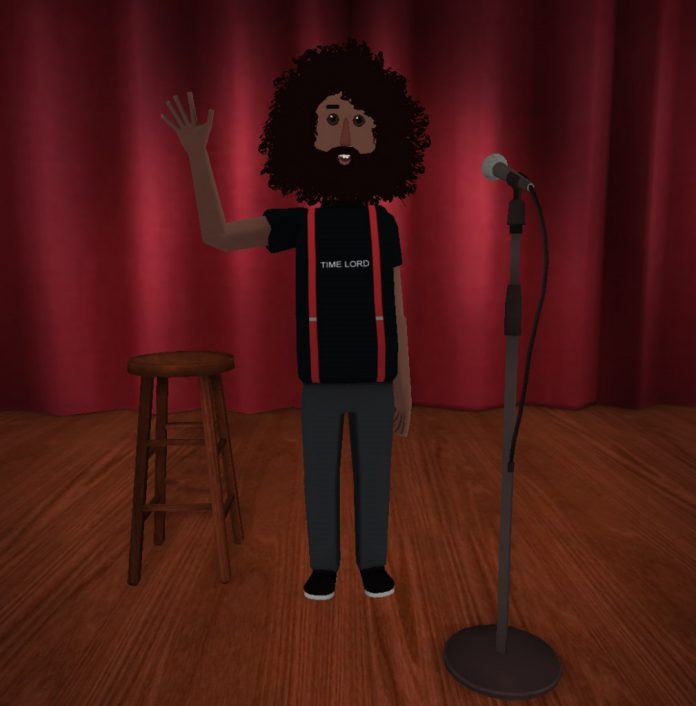 Virtual reality (VR) communication platform AltspaceVR launched in February this year, aiming to bring VR users together. Today the company has announced plans to take this idea further with the launch of Frontrow. AltspaceVR’s new technology looks to give everyone a front row seat to events, and this tomorrow this will be put to the test with a live performance by acclaimed comedian, beatboxer and DJ, Reggie Watts.

With FrontRow, AltspaceVR aims to bring thousands of people to the event no matter where they’re located in the world. Rather than live-streaming a show like NextVR, Frontrow mirrors performers’ avatars to all the audience locations. The performer’s gestures, movements and voice are instantly shared in all the performance spaces.

“Working with AltspaceVR has allowed us to create a digital stage, bringing our favourite comedians to an audience that was unimaginable even a few months ago,” said Brett Kushner, Director of JASH VR Studio. “Taking shows that might normally play in a 100-seat theatre in Los Angeles and bringing them to an infinite-seat theater with a worldwide audience is proof that there’s a global appetite for quality comedic experiences.”

VRFocus will continue its coverage of AltspaceVR, reporting back with any further announcements.