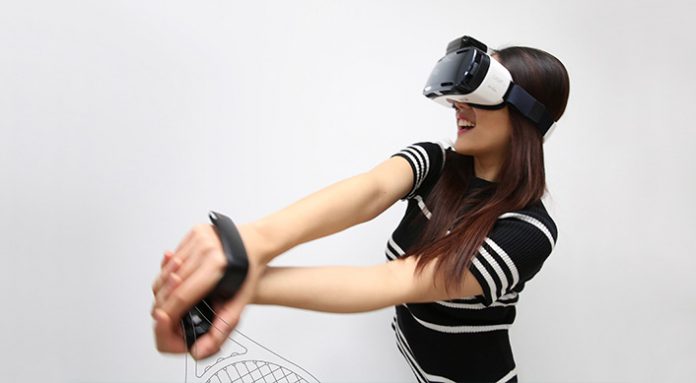 Late last month Samsung announced that it was working on a new motion controller for its Gear VR mobile-based virtual reality (VR) head-mounted display (HMD), made in partnership with Oculus VR. That controller is called Rink, and resembles a pair of bracelets the user wears around their fingers. Fans were hoping to see more of Rink at this 2016 Consumer Electronics Show (CES) in Las Vegas, Nevada this week, but it sadly hasn’t shown up. Now VRFocus has learned that Rink is very much still in the ‘concept’ stage.

A Samsung spokesperson confirmed as much to VRFocus at the show this week. Rink was not mentioned at the company’s press conference earlier in the week, nor can it be found at the show floor booth. It is, however, being shown behind closed doors, suggesting that the tech isn’t quite ready for its true spotlight just yet. That likely means we’ll still be waiting a while on information such as pricing and a release date, sadly.

VRFocus will continue to follow both the Rink controller and Gear VR closely, reporting back with any further updates.

The post Gear VR’s Rink Controller is ‘Still a Concept’, Shown Behind Closed Doors at CES appeared first on VRFocus.