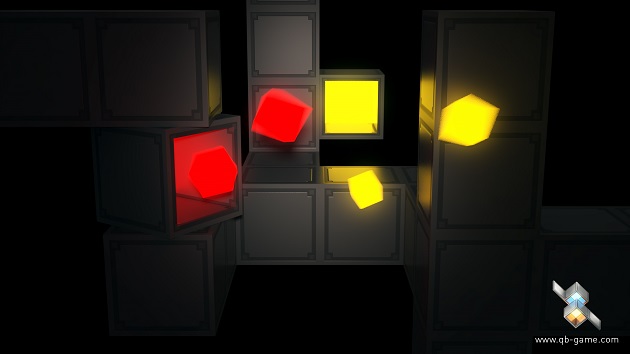 Italian indie developer PlaySys began revealing in formation on its upcoming virtual reality (VR) puzzle title qb back in February. Coming to Samsung’s mobile head-mounted display (HMD) Gear VR, the title was scheduled for an early April release date which has long gone. Now the studio has revealed details around the delay and a new release date of May.

In a statement PlaySys founder Luca Deriu said: “As you were previously informed, the official launch of qb was planned for the beginning of April. In the meantime qb project has managed to attract attention of the Oculus team, that considered qb as a game with potential and offered us their consultancy about qb user experience.”

“Therefore PlaySys, with the suggestion of Oculus, has decided to postpone the release of qb – till the first half of May – in order to implement some updates to render qb more engaging and more accessible for wider player audiences.”

The puzzle title mechanics revolve around matching data cubes of different colours with their respective modules which are defective. As VRFocus has previously reported qb will still be launching with 12 levels as well as a tutorial level. Over the course of 2016 PlaySys will then add further challenges, upgrades and levels – all of which are currently in development – with the aim to reach 48 levels by year end.

As PlaySys reveals further details VRFocus will bring you the latest updates.