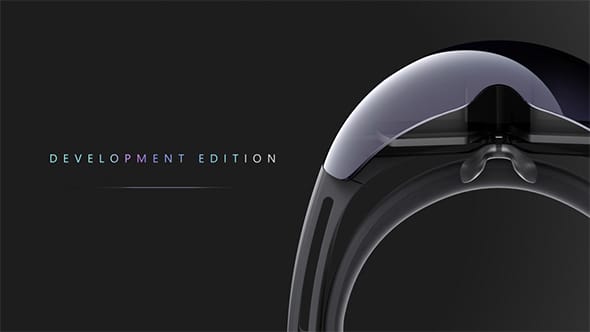 Today it was reported that Microsoft will be letting its augmented reality (AR) head-mounted display (HMD) onto its store. But, the point that is peculiar is the fact that it is still a developer’s edition. It isn’t much of a difference from the previous announcement of the removal of application process, but it is more the principle of the choice of where to make the HMD available.

This isn’t an entirely new concept, at least when it comes to virtual reality (VR) as the Samsung Gear VR HMD was released openly when it was the Innovators Edition. This, however, made a little more sense with the pricetag, and what is implied is that the HMDs are easily made for mass production. The HoloLens is at least 300 times more expensive, and the technology is quite clearly more advanced, and so the HoloLens clearly won’t have the same type of impact as the Gear VR.

But what typically happens is the company reserves the developer’s edition for developers – strange concept, huh? Take the Oculus DK1 and DK2 – you had to be a developer to obtain it (despite how easy it was to get past the application). Having said all that, the HoloLens was actually one of the hardest to apply for, so the 180 turnaround is pretty confusing.

This change of heart brings up a few questions, and perhaps a few theories, because this can’t pass without at least a few questions asked. The number one thing to ask is: why? Why has Microsoft let down the air of exclusivity for the HoloLens with the limited amounts of waves that teased us? There could be a number of reasons, but the main that comes to mind is stirred by the comments Alex Kipman shared with the announcement of the HoloLens not needing any applications anymore.

Kipman was seemed so impressed with the applications and games that were made for the HoloLens – without any real official development – that he looked forward to more and more applications being made by whomever gets their hands on the HMD. Therefore, in turn, by making the dev kit available to anyone, there would be an expected influx of applications – including ones similar to Young Conker, Roboraid, and HoloStudio. 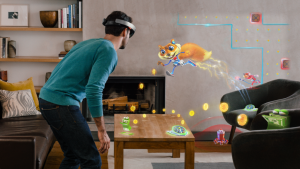 However, will the gold rush cease, or will it thrive with this uncapped release of the developer edition of the HoloLens? It won’t hurt the sales if a few curious and keen followers of the HoloLens are able to get it, but surely with not so many apps and games available there would be an initial sense of disappointment.

Overall, this is going to no doubt open the door to mainstream adoption of AR, which has been perhaps just as anticipated as what VR was when it was being developed. But, as mentioned before, it will only be the most keen or curious who will take advantage of this open invitation. This could just be a matter of semantics, but it could also potentially change the impression and reputation of the HoloLens.