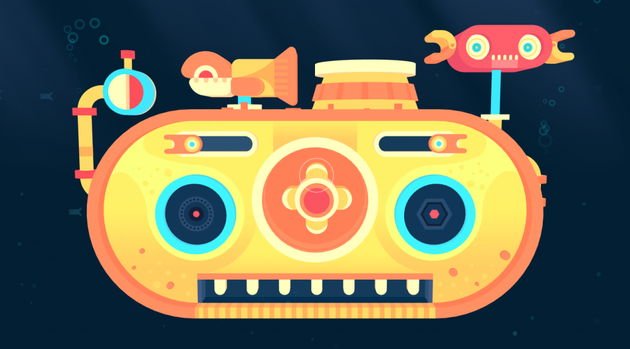 Yesterday VRFocus reported on the news that PlayStation would be taking some virtual reality (VR) compatible videogames to the IndieCade Festival this week. The list included one title that’s already confirmed to support the PlayStation VR head-mounted display (HMD) in KO-OP’s GNOG, as well as 2 that are supporting VR on PC in Distance and Gang Beasts. Of course, IndieCade is far from Sony Computer Entertainment’s (SCE’s) last public appearance of the year, as the company is hosting the second ever PlayStation Experience fan event in December. Today, the company has confirmed the first PlayStation VR compatible experience to be on display at the show and hinted at more to come.

GNOG will again be exhibiting its unusual brand on puzzles on the show floor. Note that it’s not confirmed if KO-OP will be showcasing the title on PlayStation VR – the HMD isn’t required to play it – although the developer has previously told VRFocus that it would like to reveal the VR version around this time. Sticking with the IndieCade theme, Refract Studio’s sci-fi racer, Distance, will also be at the show. As mentioned before, this title supports the Oculus Rift on PC, but is yet to mention if PlayStation VR support might happen on console.

While these are the only confirmed titles to be linked to VR thus far, SCE’s list of exhibitors for the show also provides some exciting insights into what might be on display. Tellingly, CCP Games and SCE London Studio are both confirmed to have a presence at the event. The former is working on multiplayer VR space shooter, EVE: Valkyrie, which is on its way to PlayStation VR, while the latter is responsible for a range of tech demos for the device, most recently revealing its London Heist experience.

Elsewhere, a few publishers with VR titles under their belts are heading to the PlayStation Experience. This includes Maximum Games, which is helping Untold Games with PlayStation VR’s Loading Human, and 505 Games, which is publishing Three One Zeroes Oculus Rift launch title, ADR1FT. LittleBigPlanet creator and SCE-owned Media Molecule is also there, likely showing its latest title, Dreams. Earlier in the year it was heavily hinted that this intriguing creation title would be supporting PlayStation VR.

There’s little in the way of VR actually confirmed for the PlayStation Experience, then, but reading into the list of exhibitors promises a lot more. The show will kick off on 5th December 2015 with a keynote from SCE itself and run until 6th December. VRFocus will continue to follow the event closely, reporting back with any VR-related updates on it.