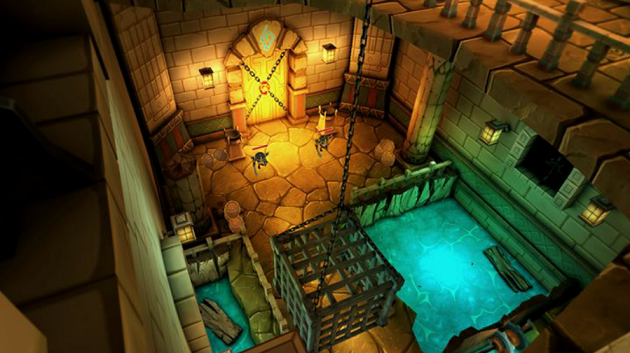 Now that Samsung’s Gear VR mobile virtual reality (VR) head-mounted display (HMD) has been officially launched in the US, and sees a gradual international release, developers are starting to reveal new titles. Now available for the mobile headset is FindingVR, an action/adventure title by studio The Vision Raiders.

FindingVR has been designed and built exclusively for VR. Players will need to solve puzzles using their wits and dexterity, as they embark on adventures to explore FindVR’s VR world, completing missions, surviving intense boss battles.

The aim is to find out what happened to this world, and figure out how to save it. As well as the puzzles, players will come across a variety of enemies, as they explore a mixture of different dungeons before facing the final boss at the end of each chapter to move onto the next stage.

To control the title players can use either the Gear VR’s Touchpad or a separate Bluetooth gamepad to explore the VR game. FindingVR is available to download now for free from the Oculus store.

VRFocus will continue to bring you all the latest release information for the Gear VR HMD as further announcements are made.