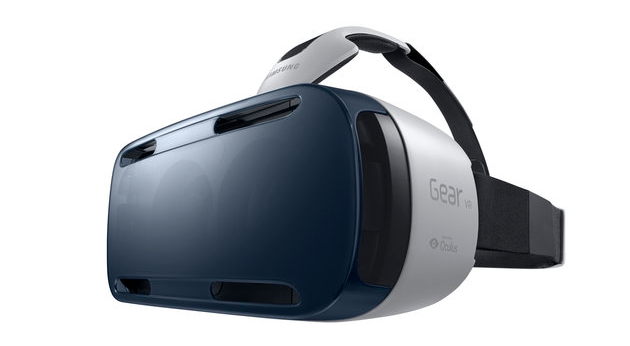 Samsung and Oculus VR’s mobile-based virtual reality (VR) head-mounted display (HMD), Gear VR, finally launched for consumers in the US last Friday. It’s been a long journey for the device, which was first announced in September 2014, having seen two Innovator Editions for specific smartphones before arriving at this $99 USD model that supports all of Samsung’s 2015 smartphones. It’s an exciting time to be an owner of one of the first major HMDs, then. That is unless you own the original Innovator Edition of the device.

The original Gear VR, released all the way back in December 2014, supports the Galaxy Note 4, last year’s addition to Samsung’s enlarged handset line. At that time it was the only phone to support the Gear VR, thus all content released was developed with its hardware in mind.

That soon started to change, however, as Samsung revealed a new Innovator Edition of Gear VR for its newly announced, more powerful Galaxy S6 flagship device in March 2015 with release following in May. This brought about a small change in development, as many titles were released on the more recent hardware first before launching an optimised version for the Galaxy Note 4. The gap between the original Gear VR and late editions has only widened with the release of the consumer edition, which doesn’t support the Galaxy Note 4 itself but does integrate its successor, the Galaxy Note 5, along with the Galaxy S6 and its range of spin-offs.

It’s become increasingly clearer in the past few weeks and months that the Galaxy Note 4 is struggling to keep up with its successors. Not only are experiences releasing first on the newer phones, but some developers are outright admitting to either struggling with a Galaxy Note 4 port or simply not planning one. Ustwo Games, for example, has noted that it’s finding it difficult to maintain a consistent 60fps for its first-person adventure, Land’s End, on the phone, while Glu Mobile recently told VRFocus that it doesn’t plan to release Deer Hunter VR on the original Innovator Edition.

Elsewhere, Gear VR for Note 4 is yet to see the likes of CCP Games’ Gunjack, with the developer noting that it’s working with Qualcomm, the company that powers the older phone, to try and get it running. It’s painfully clear that, this early on, the Note 4 is already starting to get left behind.

In the wider mobile market this is a common occurrence; phones traditionally see annual updates at the very least, featuring improved displays and processors. Much like the PC market, new hardware purchased two or three years ago can feel very outdated by today’s standards. It was to be expected, then, that the original Gear VR would someday become obsolete as the later versions of the device will no doubt do as new models are introduced. The trouble is that, while the original device is far from useless, it’s beginning to suffer faster than expected, and with little warning from Oculus VR or Samsung themselves.

In fact, following the consumer Gear VR’s reveal in September 2015, Oculus VR’s John Carmack noted that Galaxy Note 4 users ‘should be good for a while yet’. Can late and absent titles from gear VR’s growing library really be considered ‘good’ this early on? Especially when you consider that the Innovator Edition of the device cost $100 USD more than the consumer version does at $199?

It may well be that, in the year ahead, the Note 4 will eventually see the vast majority of the content that launches on later phones. But, as they get used to the hardware, developers are only going to create more ambitious and demanding Gear VR experiences, and that puts the handset in an unfortunate if predictable position.

Right now it seems that, if players want the best Gear VR experience, they need to upgrade their phone. Then again, if you can hold off for news on whatever Samsung’s got up its sleeve for 2016, you may be able to jump ahead of everyone else.

The post VR vs. Gear VR for Note 4 – Time to Say Goodbye? appeared first on VRFocus.