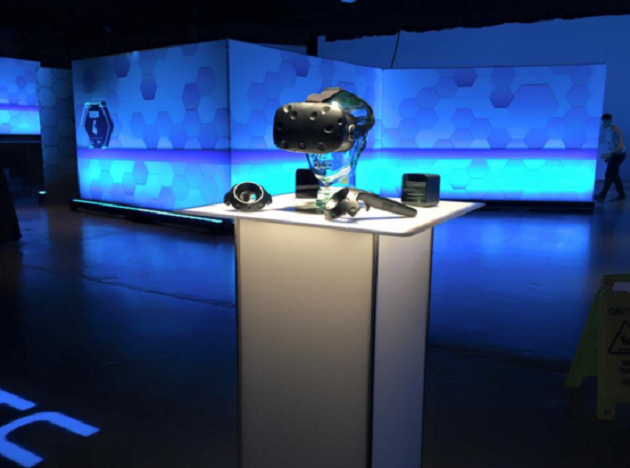 With the Valve’s SteamVR Developer Showcase taking place tomorrow, Thursday 28th, January 2016, expectations are high for new details on the HTC Vive head-mounted display (HMD) and its accompanying content. Taking place in Seattle, Washington, the event has been rumoured to feature over 10 new virtual reality (VR) experiences from third-party developers. And as a teaser VR specialist developers Phaser Lock Interactive have revealed some behind-the-scenes images as the showcase gets set up.

The Final Approach developer released three images via its Twitter account showing the design layout inside and the outside branding. Front and centre in the first image is the new HTC Vive Pre developer kit which was previously revealed at the Consumer Electronic Show (CES) 2016 in Las Vegas earlier this month. The new kit features a slightly smaller, ergonomic HMD, redesigned Lighthouse room-scale tracking sensors which have been reduced in size, and the wireless controllers that have seen the greatest design overhaul.

The other inside image unveils more of the layout inside with each studio looking like it gets its own room to demo their latest VR projects. Whether each dev only gets one headset is unclear as some experiences are likely to be more popular than others. The aesthetics have a very futuristic feel to them, with geometric patterned shapes lining the partition walls and a cool neon blue lighting theme giving that sense this future sci-fi technology is now present.

Phaser Lock Interactive will be announcing its own news at the SteamVR Developer Showcase, and VRFocus will be there to report on all the latest news from the event. 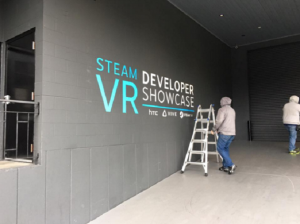 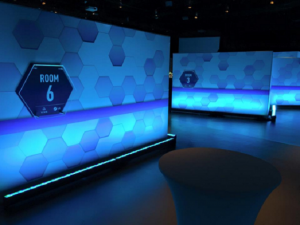