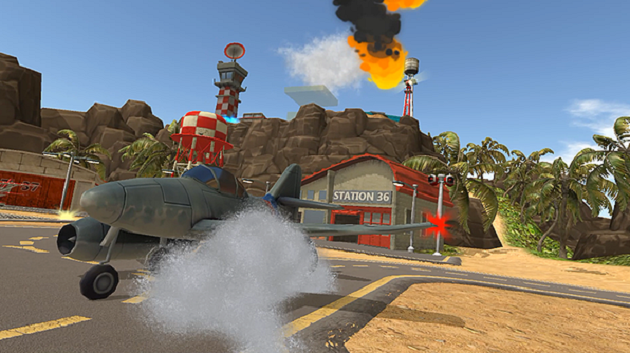 Virtual reality (VR) technology is almost ready for the consumer market, with most major head-mounted displays (HMDs) set to launch within the next 8 months. Developers creating software for this initial launch have a big responsibility on their shoulders, as it’s up to them to convince players that VR really is ready for the mainstream and avoid giving anyone bad and off-putting experiences. This responsibility was best summed up by Final Approach developer Phaser Lock Interactive recently, as the studio noted that it is aiming to ‘show the world that VR is here’.

Chief Creative Officer Michael Daubert said as much in a recent interview with Shack News. When asked how the developer feels it is pushing VR forward with the title, Daubert replied: “It’s early on in the VR development and what we’re trying to do is kind of show the world that VR is here, VR is ready and that it’s only up to our imagination and the player’s imagination to really experience the full VR experience. We’re really trying to push what can be possible, what we can do in this VR world that has never been done before.”

Final Approach itself is a unique VR experience in which players are placed in charge of airports. Using either the Oculus Touch of SteamVR position-tracked controllers for the Oculus Rift and HTC Vive respectively players will manage aircraft that are both landing and taking off from the site. They’re also tasked with taking care of seemingly random events that can crop up over the course of a session such as fires and other natural disasters.

VRFocus will continue to follow Final Approach and all other VR experiences closely, reporting back with the latest updates on them.

The post Final Approach Dev Aiming to ‘show the world that VR is here’ appeared first on VRFocus.