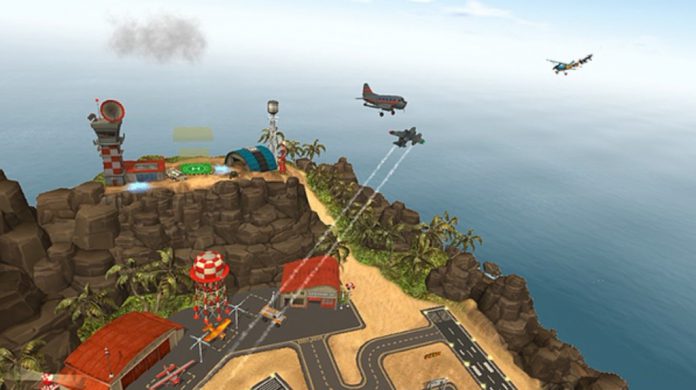 Phaser Lock Interactive’s Final Approach made its debut behind closed doors at PAX Prime, Seattle, in August 2015. Demoed on the forthcoming HTC Vive, since then an Oculus Rift edition, requiring Oculus Touch controllers, has also been revealed. Speaking to VRFocus, the studio has confirmed that Final Approach will arrive first on HTC Vive and will be available from the launch of the head-mounted display (HMD).

“We are a [HTC] Vive launch title,” stated Michael Daubert, Chief Creative Officer at Phaser Lock Interactive, in an interview with VRFocus. “We’ve got a lot of work to do ahead of us, but we’ve built a core team of industry veterans, so because of our past experience we are able to pull people with 20+ years of experience. It didn’t take long to convince them that, A; what the game was, but the minute we put the Vive system on them they understood what we were doing. They understood where this could and what the possibilities of the final game could be.”

Moving on from the initial release of Final Approach on the HTC Vive, Daubert was quick to assert that the team is already invested in post-launch support: “We’re focusing on the core mechanics of it and we want to deliver an experience for the players, but then also we’re not ending at launch.

“We will have DLCs past that and we will be able to continue the experience for the players.”

When pressed on exactly what this downloadable content (DLC) for Final Approach might be, Daubert assured VRFocus that plans are already being formulated based on the core development of the videogame opposed to being an afterthought. 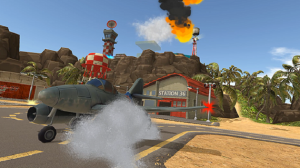 “We have ideas for what our DLCs are going to be and actually how to extend the game throughout the year… the really fun factor of being in VR right now and being where we are is we can prototype so fast. It’s very hard to pull back and say, ‘ok, we’re going to put that out a little bit later. We don’t have time to finish that or polish that up’.”

Final Approach will be present at PAX South, San Antonio, later this week. VRFocus will keep you updated with all the latest details on Final Approach including the full interview with Daubert coming soon.