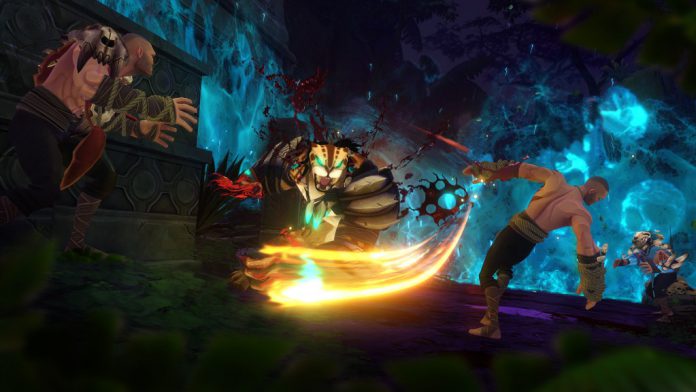 Already lauded for its popular videogame franchises such as Ratchet and Clank and Spyro, developer Insomniac Games has recently been throwing itself into creating virtual reality (VR) titles, with one already released and two more on the horizon. The developer’s first VR title, Edge of Nowhere, was released in April of this year receiving positive reviews, and at this year’s Electronic Entertainment Expo (E3) in Los Angeles Insomniac Games took the opportunity to show off its two very different upcoming VR videogames The Unspoken and Feral Rites.

Feral Rites in particular made its playable debut at this year’s E3, with action brawler set in a mythical world coming to the show floor for attendees to get a hands-on experience. Now, Insomniac has also released brand new screenshots that give a glimpse of the title’s lush and colourful game world for anyone who missed out on the chance to get hands-on. 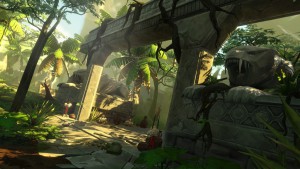 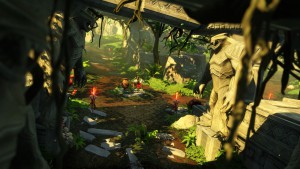 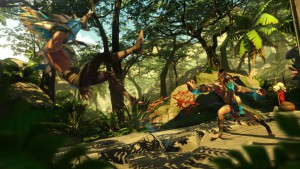 Insomniac Games previously spoke with VRFocus about Feral Rites, giving us an insight into the videogame’s setting as well as what they thought VR could do to refresh the aging action brawl genre.

“Feral Rites is what we’re calling an adventure brawler. It’s trying to combine the feel of adventure of Zelda with the brutal combat of God of War. It takes place on kind of a lush exotic jungle island which is a very dangerous world. The big premise pushing it along narratively is you’re the young son of a Chieftain who was slain and you’re trying to find and get revenge on the killer of your father, and so you’re travelling through different parts of this island in different exotic island to find who is your father’s killer and to enact revenge on them,” stated Cameron Christian, Lead Designer on Feral Rites at Insomniac Games.

“I think for us doing this game in VR really gives us an opportunity to showcase Insomniac’s worlds in an immersive 360 environment, really trying to get the presence of being in the jungle, having that jungle surround you so you feel like you’re really inside of it. Also it being in VR it gives us really cool and very present shots of when you’re doing these finisher of up-close combat moves.”

Feral Rites will be an Oculus Rift exclusive, though there’s no exact release date been announced yet. VRFocus will report back with more details as they become available.