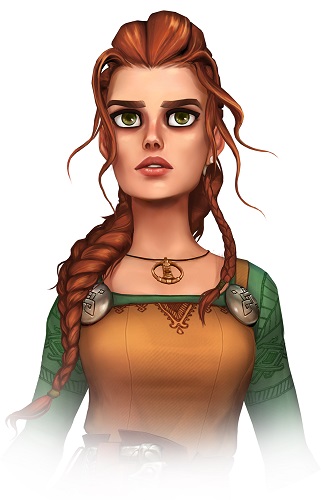 Frima Studios recently revealed the host platforms for their forthcoming virtual reality (VR) videogame as well as the full title for the videogame, Fated: The Silent Oath. Following that announcement VRFocus brings you new insight on the characters set to be featured in the videogame with new artwork and exclusive bios for each of the principle family members.

Set in the mythical age of Vikings, Fated: The Silent Oath casts the player as Ulfr, a father and husband that must face an impossible challenge to save his family from the destruction of the world at the hands of giants. The videogame is designed around the conflict of emotional storytelling with action sequences. The original bios of each of the family members follows below and VRFocus will keep you updated with all the latest details on Fated: The Silent Oath.

Freja is Ulfr’s wife and the daughter of Oswald, the town’s chieftain.

Her strong will enables her to stand up to anyone, and she never strays from her convictions when she believes she is on a righteous path. Even if her father did not approve of Ulfr, she married him anyway, because she believed he was the right man for her. She will not hesitate to put her life at risk to protect her family and friends. 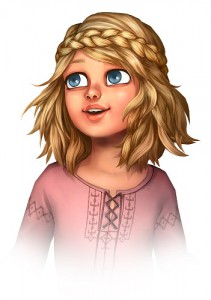 Lif is Ulfr and Freja’s daughter.

She is the family’s precious jewel and beacon of light. Despite the sinister events that unfold, she is always smiling and perceives the whole experience as a great adventure where wonderful things happen. She has a gift with animals and seems to be able to communicate with them. As for her family, she loves her mother, enjoys harassing her cousin Sven, and knows that her father will always be there to protect her, no matter what. 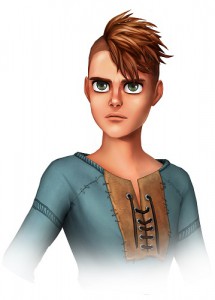 After his parents died, Sven was taken in by his uncle Ulfr and his aunt Freja.

Sven is slowly coming of age and becoming a man; he is constantly faced with the hardship of not being a child but being treated like one. Unlike most boys his age, he is quite shy and his stutter betrays his ambitions. Despite his shyness, he wants nothing more than to become a warrior others can rely on. He sees Freja, Ulfr as Lif as his own family; he and Lif even quarrel all the time, like brother and sister. 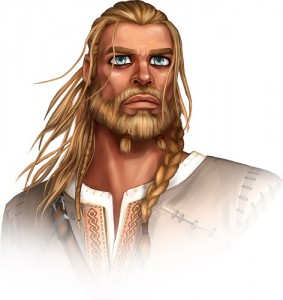 Ulfr is a carpenter who has turned his back on the warrior’s path and the worship of olden times. He has taken upon himself to build a family that will flourish away from battle and tradition. But fate would have it otherwise… He is a benevolent father who will stop at nothing to protect his family, even in the face of Ragnarök.