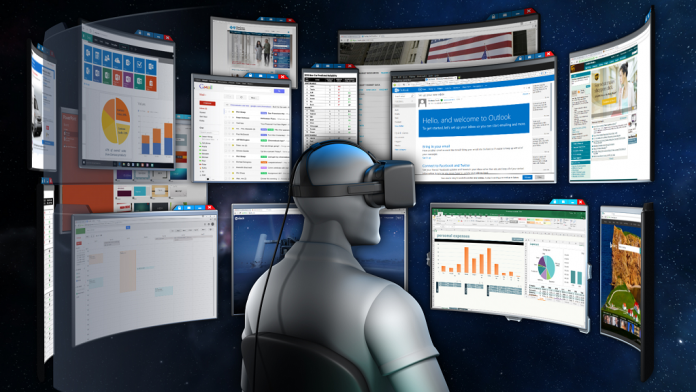 Envelop VR, a software company that creates virtual reality (VR) experiences through its Envelop Virtual Environment (EVE) platform has announced it’ll be launching its Envelop for Windows platform tomorrow. The official unveiling will take place at the Virtual Reality Los Angeles (VRLA) with the beta software available through Steam.

The platform enables immersive computing across all a users Windows applications while in a VR headset. It provides users with individual control over each window’s size and location, open multiple windows, adjust them to any size, and place them wherever needed, thus improving multi-tasking capabilities and allowing for customization of a personal work space that should improve productivity and efficiency. VR users will be able to shop online, check social media, work in Microsoft Office and watch a YouTube video all at the same time.

Envelop for Windows is currently compatible with the HTC Vive and Oculus Rift head-mounted displays (HMDs). The beta software has been in closed testing for  several months, and will launch to the public on Friday, 5th August for free through Steam or directly from Envelop VR’s website.

“We believe that we are enabling the next wave of computing here at Envelop VR,” said Bob Berry CEO and co-founder. “No other virtual reality software company is actively pursuing such a broad view of what is necessary to bring immersive computing to the masses.”

“I look upon Envelop for Windows as the ‘SuperGlue’ of VR and an essential step in exploiting what virtual reality can bring to current users of the Windows platform,” said Dr. Tom Furness, grandfather and pioneer of AR/VR.  “If you are going to make a significant investment in a VR headset like the Oculus Rift or HTC VIVE, Envelop will help you get the most out of your technology. You not only have better access to content, but you can use your computer while gaming and doing other tasks… and all this while you are immersed in three dimensional VR….it is magic.”

For all the latest Envelop VR news, keep reading VRFocus.