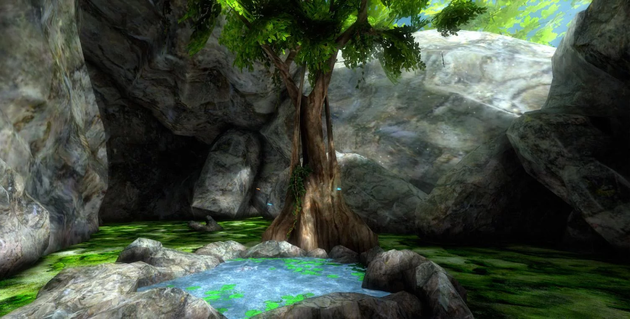 Virtual reality (VR) enthusiasts will have likely heard of Unello Design over the past few years. This studio has created several relaxation-based VR experiences in its time, including the popular picturesque title, Eden River. Back in April 2015 the team brought another soothing videogame, Zen Zone, to smartphones with support for the Google Cardboard DIY head-mounted display (HMD). This week Zen Zone is also heading to another mobile-based device, Samsung and Oculus VR’s newly launched consumer version of the Gear VR.

The Gear VR version of Zen Zone doesn’t appear to have changed all that much from the Google Cardboard version. This is still a guided meditation experience that has been designed specifically for VR, but also provides some peaceful breathing exercises for the user to try as well as ‘body visualisations’. It also contains a zen garden environment in which players can rake the sand, rearrange rocks and teleport around to find the idea spot to sit in. A Bluetooth gamepad is not required to sample the title.

Relaxation-based VR experiences such as this are proving popular even in the early stage most HMDs are currently in. UK-based VR developer nDreams, for example, also has its own Gear VR and Google Cardboard experience in Perfect Beach, while the team at Cubicle Ninjas are currently working on a more robust experience known as Guided Meditation, which will also offer a range of environments for players to sit back and relax in.

VRFocus will continue to follow any and all relaxation-based experiences for Gear VR, reporting back with the latest updates on them.