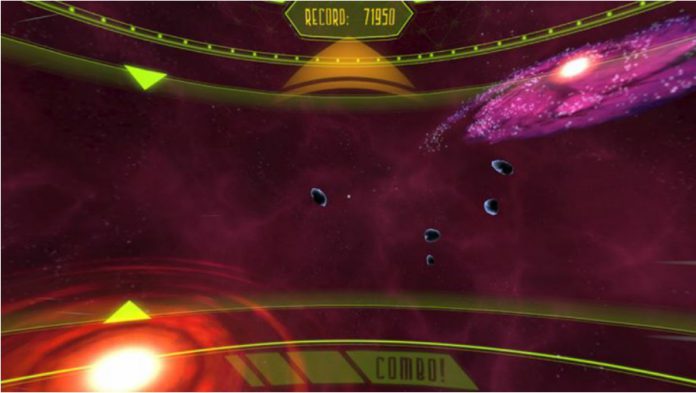 Today sees the launch of a number of new titles on Samsung Gear VR, both unique applications and videogames. The first of which, SpinVector’s VRAsteroids, as another gallery shooter for the format, most definitely resides in the latter camp.

Weighing in at just 90.4MB, VRAsteroids is a lightweight videogame designed for immediate jump-in gameplay. There are no complicated mechanics to learn in this high-score based experience; simply look in the direction of the encroaching asteroids and tap the Gear VR’s touchpad to shoot. Beware however, as the asteroids don’t all come in one shape and size.

Italian development studio SpinVector have previously worked on multiple mobile titles, however VRAsteroids is their first foray into the world of virtual reality (VR). Whether or not they have any other titles currently planned for the new medium is not currently known.

Available to download from the Oculus Home application now, VRAsteroids is compatible with all versions of the Gear VR: consumer and Gear VR Innovator Edition head-mounted displays (HMDs). VRFocus will be bringing you a review of VRAsteroids later today.